The Lies I Have Told

Today, in the winter of my life, I have become a realist. I am not saddened to make this admission. I am not feeling particularly nostalgic for my roseate ideas of childhood. Nor am I depressed. Rather, it has been a natural transfiguration from idealism to realism.

How did that happen? How did I become a realist in my old age? Part of it is surely experience. Infatuation loses its allure when love walks out on you. The inability to dredge up your wife’s name will quickly disabuse your self-regard as a mentally agile septuagenarian.  And on the world stage, where “genocide” echoes around the globe, a belief in universal peace is relegated to schoolchildren and beauty pageant contestants. All this will heighten our esteem for realism. But experience of this sort was not the primary driver for me.

How then? It is this: My lies have converted me to realism. As I look back on my life, I have come to realize that the more deceptive I was, the more realistic I became—and less likely to be duped. In this essay, I’ll try to explain that connection.

I am guilty of three categories of lies: lies of omission, commission, and self-delusion. All three have lifted me up and sat me down within the ranks of realists.

To understand my lies of omission, we must go back in time. In 1922, at the age of 23, my grandmother, Hilja Tuominen, immigrated from Finland to New York City. She was destitute and resorted to prostitution and bootlegging to survive. Two years later, in 1924, my father, Thurston, was born. His father was unknown; he could have been any one of a number of Johns. By the time my father was four years old, he was roaming the streets of Harlem like a stray cat, looking for edible garbage or, on a good day, a charitable handout. When my dad was six, his mother was admitted into Bellevue Hospital for alcoholism. Meanwhile, Thurston was a ward of the court and eventually placed in the Kallman Home for Orphaned Children in Brooklyn. My dad never saw his mother again.

Flash forward. I am nine years old. My father, mother, brother, and I are living in a 27-foot trailer on Fourth Street in North Pasco. I’m learning what it’s like to live with my father. I soon discover that he would never play ball with me, never read to me, never ask me how I was doing, never hug me or tell me he loved me. He was simply not emotionally present.

I never told him the truth, because he could not handle the truth. How could he? How could an abandoned child, who had never felt the tender caress of a devoted mother, know how to love his own child? How could he acquire a capacity for empathy?

So, I lied. Until the day he died, I let him believe we were whole, that we were family. That lie moved me from idealism—the universal, immutable love of a father—to raw realism. My father was incapable of loving, and that was real.

I was blessed with a devoted and compassionate mother. If there is any virtue in me, it is through her loving grace. When I was nine, my mother was converted to Christianity. She attended the Pasco Nazarene Church, and my brother, Ray, and I tagged along.

In time, I was incorporated into the traditions of the church.

When I was nineteen, I accepted the position of summer youth pastor at West Side Presbyterian Church in West Seattle. When the senior pastor asked if I had a dark side to my character, I lied. I said I did not. Truth be told, I was swirling in a maelstrom of unresolved questions about God, Jesus Christ, and the Holy Spirit.

Despite my doubts, I enjoyed working with the young people at West Side Presbyterian. I organized events for middle school and high school students, directed the youth choir, and served as a camp counselor. The kids were often tenderhearted and funny. And I wasn’t much older than they, so we got along famously.

So famously that the following winter I was invited to be the special speaker at a state-wide Presbyterian youth summit. That was a hard decision. As a closeted skeptic, I was not sure what I w ould say. But I was a sophomore in college, and a $100 honorarium looked pretty darn good. So, I accepted the job.

One day into the three-day event, a boy in his early teens cornered me after one of my equivocal, lackluster presentations. His name was Andy. I don’t remember how our conversation began, but I know how it ended.

I tried to blink away my disbelief. “Ah…wha’ d’ya mean?” I stammered.

I could not admit it to Andy. At that point in my life, I’m not sure I could admit it to myself. But I was a phony—as phony as a wax mustache. I was pretending to be a Christian when I had no assurance—not even a hint—that I was saved by the blood of Jesus.

I was simply riddled with too many theological questions:

My lie of commission to Andy led me to a new philosophy. I decided, then and there, that I would “walk in the light as I saw the light.” I would place my trust in that which was logical, self-evident, and inarguable. There were some things I knew for sure, things that were realistic and empirical: doctrine divides and principles bring together.

I should quickly say there are throngs of loving, committed Christians. These believers strive, as Jesus instructed, to love God with all their might and their neighbors as themselves. I honor and respect them.

Still, I have chosen a different path. To me faith is what we turn to when logic runs out. I choose to live my life as a scientist, not as an advocate of the religious, the mystical, or the celestial. In a word, as far as my spiritual life is concerned, I am a realist.

It seems that we all need to believe we are special.

When I grew up—in the more pragmatic, less coddled 1950’s—I was not often told I was special. I suspect most adults of my vintage could say the same. So little by little, I began to hear a tiny voice in my head that asked a horrific question: “Are you loved?”

The voice was so insistent I had to find the answer. I looked to my father. Would he confirm I was loved? My answer was swift: “No, not by him.” Not if love were defined as extending oneself for the intellectual and spiritual growth of another human being.

By my mother then. Yes, I was certainly loved by her, but her love was unconditional. I could have been a lizard, and it would not have diminished her love for me. I knew that, and, believe me, I was grateful. But somehow that kind of motherly love was not sufficient. I wanted to know if I were loved, not because I existed—as my mother loved me—but because of who I was as a sentient human being. Was I loved for being me: a unique though not so special human being?

If my father, mother, or church could not answer that question, who then? Who could persuade me I was loved? And in a flash of insight—an epiphany that comes, I believe, to every adolescent—I realized the source had to be my peers.

So, by the time I entered middle school (we called it “junior high school” back then), I began—through a series of small, incremental steps—to fabricate my self-delusion. Although I never confessed it to a soul, I began to tell myself that I was indeed unique—yeah, even special. I was smarter, funnier, more talented, more creative, more perceptive, more attentive to others. I was—by gum and by golly—a work of art.

By the time I had graduated from high school, I imagined the magic was working. It was reckless self-delusion. Still, on my most daring days, and in the secret garden of my mind, I professed I was surely loved.

I continued telling myself I was bright, charming, and talented through college and through my career and into retirement. And, I have to say, I still harbor that self-talk. In fact, I’m always a little miffed when my avatar does not match the real world. It’s still bewildering to me when one of my books takes too long to publish, or I am not called to deliver the keynote address, or I am not singled out as the cat’s meow.

Those incomprehensible disappointments—that of an unheralded champion—has turned me into a realist. I have come to realize that despite my self-delusion, the world may not lionize me with a standing ovation or flowers at my feet. No, I’m more likely to be overlooked, snubbed, ignored, or, worse, held in contempt. This kind of Philistine behavior will transform an idealist into a realist faster than you can say, “Where the hell are all my fans?”

So, what does this all mean?

In some ways I regret the lies. I certainly wish I had enjoyed a relationship with my father. I wish I had been truthful to Andy, who called me out as a phony. I wish I had been able to accept myself as who I was, as opposed to whom I imagined I could become: someone who was loved.

But after saying that, I’m not at all sure the last paragraph is accurate. It may be another big fat lie.

Even though I lied to my father by not disclosing myself, it taught me a lesson. There is value in being both open and empathic. I have learned how to honestly express my feelings, including my shortcomings. Likewise, I know how to talk to people, how to ask questions, how to connect. And it seems to me that ain’t bad.

Even though I lied to Andy about my religious integrity, that unmasking launched me into a lifelong exploration of my spiritual life. I have studied other cultures. I have experimented with ideas. I have tested the value of living a principle-centered life. And it seems to me that ain’t bad.

Even though I have deluded myself that I am one of the most versatile and gifted people on earth—an outrageously hubristic and embarrassing confession—that delusion has had its rewards. It has propelled me into a life brimming with new and passionate discoveries: mountain climbing, scuba diving, flying, writing, entertaining, teaching, keynoting, painting, photographing, traveling, learning French, and a penchant for entering gently into the sacred world of others. And it seems to me that ain’t all that bad either.

So how do I feel about the lies I’ve told? Frankly, right or wrong, I feel surprisingly vindicated and unashamed. After all, how else could I feel? A fellow as bright, charming, and talented as I? Is my nose growing? 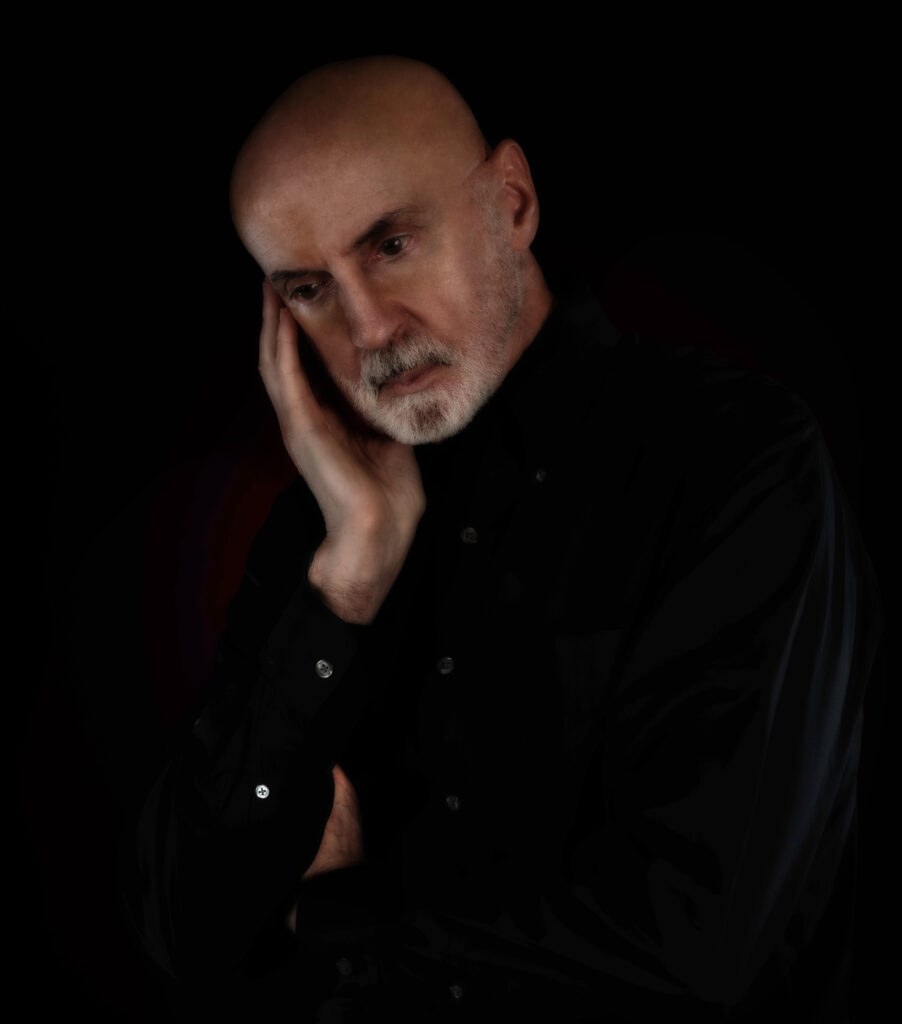