Celebrate Life Until the Last Flicker of Light

I’m losing my mind. Some may joke, “Well, Allen, we’ve noticed that for a good long time. Can you tell us something we don’t know?”

So, never one to let a good question go unanswered, here’s what you don’t know.

In 2012, I photographed a wedding north of Spokane. At the end of the day, I drove home exhausted but pleased with the work I had done.

As soon as I arrived home, I collapsed into my favorite overstuffed chair with a cup of hot tea at my side. That’s when it happened. When I reached for my eight-ounce mug of sweet and spicy black tea, I realized I couldn’t lift the mug with my right hand. It was as though my arm no longer belonged to me.

Feeling a little lightheaded, I managed to walk to the bathroom at the opposite corner of the house where my wife happened to be. I had one word emblazoned on my mind: Bayer. The word was scuttling helter-skelter like a cast of tiny sand crabs. BAYER. I knew the word, but it took me a full minute to blurt it out. Then another word came to my mind: aphasia—the inability to use words.

My wife quickly drove me to the emergency room where we were immediately admitted. What ensued then was a battery of tests. Two days later—after having been poked, probed, scoured, and scanned—my doctor spoke to me in solemn, hushed tones.

“You’ve had a stroke,” she said. “In fact, we have discovered that over the years you have had numerous strokes.”

Now, I’m here to tell you that “numerous” and “strokes” are two words you never want to hear in the same sentence.

Besides, how could that be happening to me? I eat a healthy Mediterranean diet. I have not spread a pat of butter on a dinner roll for fifty years. I’ve exercised every day of my life. The bathroom scale hovers within a single kilo of my ideal weight of one hundred and sixty-two pounds. I’ve never smoked, and my alcohol consumption is limited to half a glass of wine once a month at the most.

So why me? No one had answers—not the neurologist, not the cardiologist, no one. After all the examinations and enough tubes to transform my body into a bagpipe, they were all stymied. My arteries were clean, and my heart was ticking like a jeweled Rolex. The only possible culprit was sleep apnea—pauses in breathing while sleeping. (Additional tests showed that I was indeed a candidate, so I was introduced to a CPAP machine, which I have used ever since. Now I sleep through the night without a sputter.)

The news got worse. I asked the doctor what kind of damage had been done to my brain.

“There are three regions of damage: those that control balance, language, and personality,” she said, as if checking off the ingredients for a cob salad.

Today, I can feel the ravages of a brain on too little oxygen. I now have to be careful about slipping into a pair of pants without a wall nearby for backup. I speak more slowly as my brain strains to find the precise word, which is particularly annoying to me. I agree with Mark Twain, who once said, “The difference between the right word and the almost right word is the difference between lightning and a lightning bug.” As far as personality goes, I have always been a borderline (my wife would say “enflamed”) perfectionist, but now I seem to want everyone  to be perfect—and right now, thank you very much.

But here lies the real anguish: According to Dr. David Holzman of the Medical School at Washington University in St. Louis, “sixty-four percent of persons with a stroke have some degree of cognitive impairment, and up to a third have dementia.” If that were not bad enough, Dr. Rudy Tanzi, professor of neurology at Harvard University, reported there is a link between strokes (had it), sleep apnea (had it), and Alzheimer’s disease (may get it).

In the popular vernacular, I’m screwed.

But not quite yet.

For the time being I can still put my pants on, write a coherent sentence, and carry on a decent conversation without jumping down the throat of the listener—most of the time.

So, I work like a Spartan. I’ve published three books in the last three years. Yes, I feel a sense of urgency, so every day I spend about three hours chinking away at my computer.

As long as my brain will allow, I will aim to make a modest contribution. That’s the way it has to be. For me to check out before my time, before my brain completely abandons me, would be an unjust, even a profane, swipe at life.

As long as I am able, I will champion young talent, celebrate the arts, advocate for the oppressed, praise reason, promote peace, and revere the seasons of life.

When I am no longer able, just pat me on the head and say, “You were a good man, Allen. You walked in the light as the light was revealed to you”—and that will suffice.

And when my candle burns out altogether, know that I was grateful to be a miniscule and ephemeral flicker in the immense ocean of the stars. 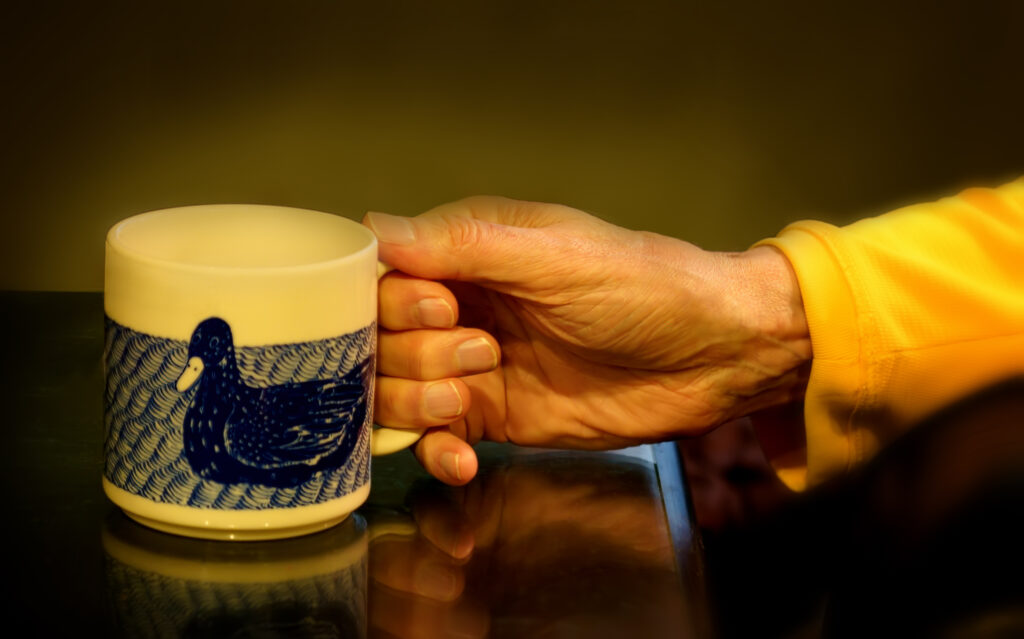