The Three Revolutions of Human Evolution

Let’s be careful about what we throw away. Yes, it may be time to discard the Ronettes Beehive hairdo, the orange polyester bellbottom trousers, and the yellow kitchen telephone with its twelve-foot extension cord that coiled around itself like a clinging vine. But some things are worth holding on to—like foraging.

Yuval Noah Harari is a professor of history at the Hebrew University of Jerusalem. His book, Sapiens: A Brief History of Humankind,is required reading. (Barack Obama included the title among his ten essential books.)

Harari explains that Homo sapiens came on the scene 200,000 years ago. Since then, humankind has evolved through three revolutions:

Harari offers us a universe of ideas to consider. Allow me to explore just one.

We like to think of the agricultural revolution as a fantastic advancement in human history. Harari calls that idea fraudulent. Foragers had it pretty good. They would spend the morning hunting and foragers for food. And then they could sit by the fire (once they figured fire out) and tell stories. Compared to agriculturists, their diets were more diversified and balanced. And they worked less. Growing wheat was no piece of cake (pun intended). It was hard work. First you had to clear and seed the land. They you had to weed and irrigate. Finally, you had to deal with locust, bad weather, and marauding invaders who wanted your land and your harvest.

All of this makes me wonder about our species today. Have the cognitive, agricultural, and scientific revolutions served as well? Has the ability to use abstract terms like righteousness, liberty, and progress advanced or threatened our species? Has a hard-earned diet of wheat, rice, and corn made us better—or just more fearful, more protective, and lot fatter? Has the scientific revolution—with all its technology and fire power—only managed to put us and our planet in harm’s way?

I can’t answer these questions. They are too complex for my pedestrian mind. But I am smart enough to wonder.

To use today’s fictive language, what does it really mean to say that we must make America great again? What is the outcome of returning to a state of ignorance and pretend that global warming does not exist? And what is the apocalyptic danger of even hinting at returning to a nuclear arms buildup?

If these questions are not considered with the most solemn gravity, we could—whether we like it or not—become a species of foragers once again. 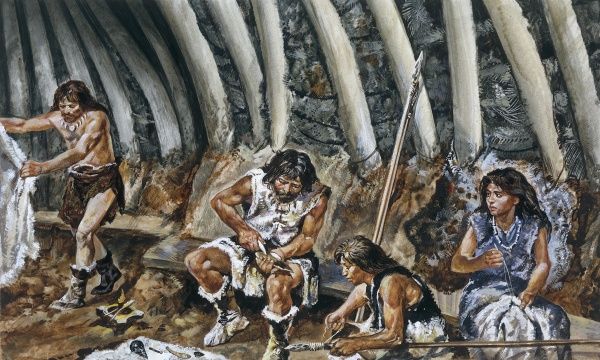