Democracy is a Balance of Freedom and Equality

Americans are unhappy with the United States Congress. In fact, a 2015 Pew Research Center survey reported that only 27 percent of Americans had a favorable opinion of congress. That number, 27 percent, remained constant through 2021.

Why so low? Well, certainly one contributing factor is our legislators’ inability to get the job done. For example, between 2007-2016 the average number of significant laws enacted in the first year of five congressional terms was 77. That’s a 37 percent drop in performance from the previous five congresses. Any business executive would be railing about numbers like that—and rightly so.

So, what’s going on? To answer that question we need a brief lesson in democracy.

Democracy requires adherence to two immutable principles: freedom and equality. Both are essential. Freedom without equality is anarchy; equality without freedom is communism.

Freedom and equality are in conflict

Here’s the rub: Emphasis on freedom flies in the face of equality and vice versa. For example, the freedom of speech is rightly cherished, but not all voices have equal influence. People with money and power have more authority than those who are penniless and powerless. (It was the former who ratified the Constitution of the United States.  The latter—slaves, women, and the destitute—were not consulted.)

Conversely, equality in wealth, health care, or college education means higher taxes and, consequently, impinges on the freedom to manage one’s personal income. That’s when equality legislation becomes a battle cry for less governance and more freedom. Because laws that assure equality are more expensive, they tend to be less popular and more difficult to pass. I think we have seen that resistance expressed in the long national struggle to create and retain affordable health care.

Freedom and equality are partisan principles

Generally speaking, freedom is the domain of Republicans and equality the domain of Democrats. Naturally, neither side can totally dismiss the opposing principle because both tenants are sacred. However—depending on one’s political affiliation—one principle may be more sacred than the other.

The Amendments of our Constitution offer an example of the yin and yang of democracy. The first ten amendments—the Bill of Rights ratified in 1791—are all about freedom: freedom of religion, speech, trial by jury, and the right to bear arms, to name a few. The amendments to address inequality came later—in some cases much later. Equality in voting rights was ratified 79 years later for all races, 129 years later for women, and 180 years later for 18-year olds. These equality amendments did not come easily; it required, respectively, a civil war, a 72-year women’s suffrage movement, and the Vietnam War that took the lives of over 34,000 17-21-year-old enlisted men.

The quest for freedom comes from the gut: “I need to be free to take charge of my own life.” Equality comes from the heart: “I value all human beings and understand when one is ignored or exploited, we all are diminished.”

Both principles are essential in a mature democracy

The democratic dichotomy is natural and good. Freedom and equality are linked to the basic human needs of autonomy and love. Mature adults are self-directing on the one hand and empathic on the other. They understand (a) the importance of living proactive, meaningful lives while (b) contributing to those who are less fortunate.

The pendulum will swing again. The American people will neither stand for freedom at the exclusion of equality, nor equality at the exclusion of freedom. The majority of our citizens know that both are essential and sacrosanct—that we are morally and socially impoverished when one is deficient.

Because a political system always lags behind culture, it is up to us to hold our legislators accountable. Likewise, it is the duty of every citizen to gently remind devoted followers of the Left or Right that the driving principle of each ideology is honorable and critical to the health of our democracy.

My dream is for divergent Americans across the country to listen to each other so that their example might inspire our senators and representatives to honor and engage their colleagues across the aisle. Wouldn’t that be one laudable democracy?

« PreviousThe Three Revolutions of Human Evolution
Next »Allen’s Seven Truths: What Are Your Seven Truths?
Back To Stories 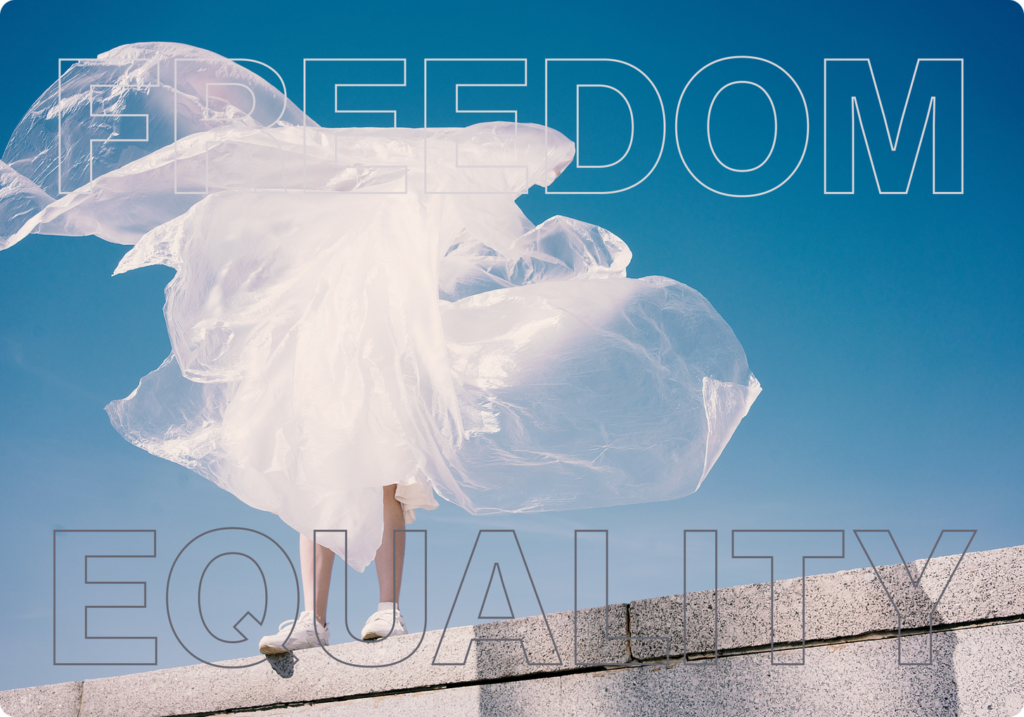