Race determines the pitch of the climb

“Did you see that?” Robert asked.

The speaker was a light-skinned black man with close-cropped hair, a sense of fashion, and a fine tenor voice. Like me, he was a member of the Columbia Basin College jazz choir—a twelve-voice ensemble called the Desert Tones. It was the spring of 1965. Having just finished a concert in Yakima, we all went to a local restaurant for dinner.

“Did you see the way the people in the diner glared at me when I walked in?”

I admitted I had not. But how could I? I was white and impervious to the thousand cuts felt by a black man.

Was Robert to blame for the white people’s resentment? Many would say, “Yes.”

The American psychologist William Ryan explained it well in his 1971 landmark book, Blaming the Victim. According to Ryan, blaming black people for their struggles is a strategy for justifying racial injustice.

Ryan offered education as an example. The nearly illiterate black ghetto child is described as “culturally deprived,” which is a euphemism for low intelligence, non-standard English, hyperactivity, and an lack of reading materials at home.

His poor performance at school is his problem. Nothing is mentioned of the crumbling school building; the ragged, outdated books; the overcrowded classrooms; and the frightened or insensitive administrators and teachers.

For a black boy or girl to advance in society, it requires twice the effort applied by a privileged white child.

The life of a 1964 Pasco High School classmate of mine, Lynda, is an example of the magnitude of that effort. Her grandfather, Joseph, was lynched in Mississippi circa 1932. Lynda’s mother, Naomi, was determined to shelter and feed her children. So, she decided to become a registered nurse. It was no easy task. In the middle of her final exam, she asked the instructor if she could go to the bathroom. The teacher refused. Naomi was disparate. She was caught between two conflicting needs: first, to relieve herself and, second, to graduate. So, she reluctantly seized the only alternative available. She told the other nursing candidates to turn their heads while she discharged into the classroom waste-paper basket. Naomi was the only black student to graduate, although her name was accidentally excluded from the list of graduates.

Lynda described her mother—a single parent—as “intelligent, courageous, and determined.” They were the same qualities Naomi instilled in her children. If their homework did not meet Naomi’s standards, she would tear up the work and say, “Begin again, and this time do it right.”

At sixteen, Lynda was the first black person to work at the Pasco J.C. Penny’s department store. At seventeen, she worked for the Atomic Energy Commission. Then, her expanding interest in civil rights landed her a position with the Seattle Human Rights Commission. Thanks to President Kennedy’s affirmative action program, she was able to attend and graduate with a BA in psychology from the University of Washington.

Lynda’s life was not without turmoil. In high school, other students occasional identified her by the N-word. Her first marriage ended in divorce. Her seventeen-year-old son was shot in the heart by a Seattle gang member for out-rhyming the thug in a spontaneous rap competition. Her daughter died at the age of twenty-seven after a fourteen-year battle with lupus. A security guard killed her brother in a department store because “he looked suspicious.” The guard was acquitted.

Today, Lynda says she has little time to waste on life’s tragedies. Instead, she is thankful for spiritual grounding, a loving husband, a fine home, and—not surprisingly—independence.

Cynics might say Lynda is the exception. I say she is certainly exceptional—and inspirational. It is not easy being black in America, even for college-educated blacks. A 2016 survey by the Economic Policy Institute found black college graduates are twice as likely to be unemployed than are white graduates. In 2011, during the height of the recession, 20.7% of black college graduates were unemployed, as compared to only  9% of their white counterparts.

Why is that? Is it because the black graduates are less educated? Obviously not. It is because of historical prejudices and institutionalized racism. Do not blame the victim; blame a complex and often contradictory social amalgam of ignorance, biases, injustices, and fears.

How often have we heard this colloquial version of the American Dream? “Hey, anybody can succeed if they work hard enough. And if they don’t, they’re just lazy or like collecting food stamps.”

The American Dream may be true for the privileged—especially the wealthy white class. It is not true for the black boy or girl from the slums. Their mantra has to be something entirely different to survive in a white world, something like this:

“I love the color of my skin. I’m proud and courageous, but I’m not cocky. I work harder than I ever imagined. I choose to be so dignified, so qualified, prospective employers would be foolish not to hire me. I am not derailed by my people’s history or even my family’s history. I am brand new. I am the architect of my life. And although I have one hell of a climb—one that is often marked by injustice—I will keep asking, keep seeking, keep knocking, until I am finally heard and the door is opened.”

Don’t misunderstand me. I am not saying this should be the mantra of every black man or woman; I’m saying it has to be. And that truth is the proof of white privilege. 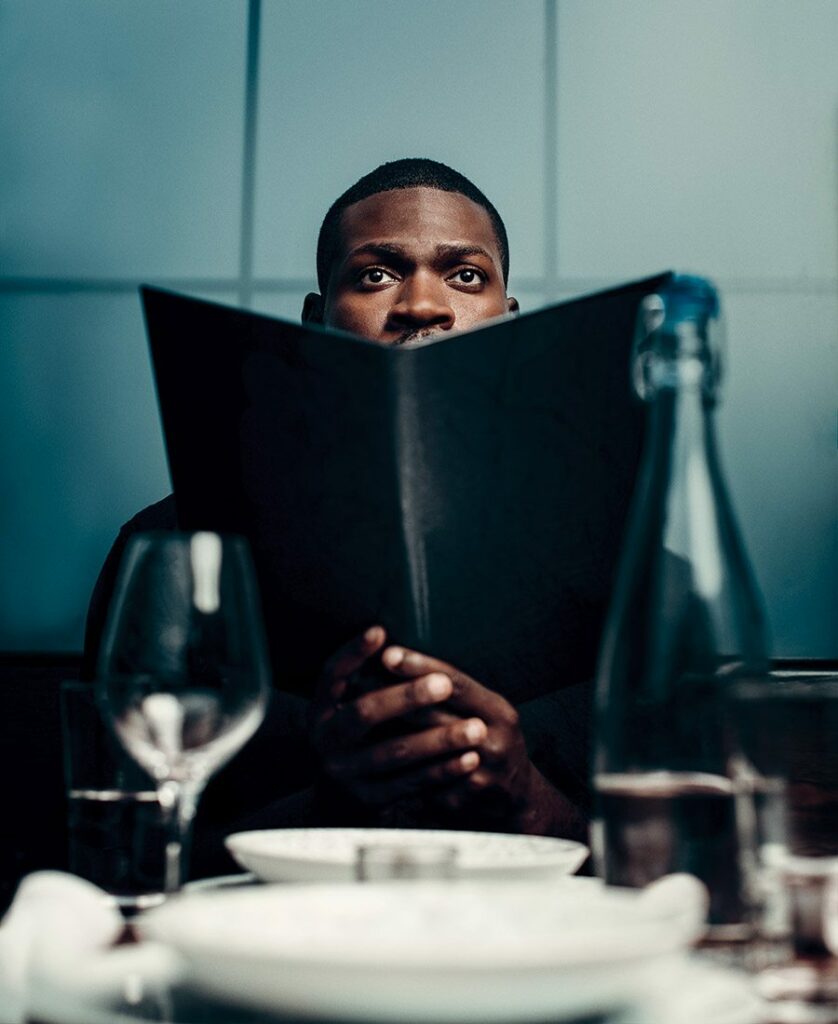