Praise Has the Power to Change Lives

I’m worried. The world of technology is on fire. It has seeped into every facet of our lives—some for good, some for ill. One of my greatest concerns is the loss of valued communication conventions. Today, many technology enthusiasts would rather text than talk, rather send an emoji than write a respectable sentence.

Okay, I get it; it’s a new world, I have to adapt. And I admit cutting-edge technology for me is a ten-foot spring cord attached to the yellow princess phone hanging on the kitchen wall. But there are some things I refuse to give up. One is the art of offering elegantly written or spoken praise.

I once reported to a manager who was stingy with praise. I had the sense that affirming someone’s performance was, for him, as repugnant as kissing a goat on the lips. Here’s an email exchange he and I had at the end of my first year with the company.

Allen: After a year on the job, are you satisfied with my work?

Allen: Are you intentionally dodging my question?

Manager: No, I just missed it by not scrolling down. I’m satisfied.

Allen: You made me laugh. You embarrassed me with your extravagant praise. Why so wordy? You could have trimmed your analysis down to “Satisfied” or, better yet, “Uh-huh.”

Everyone has a personal comfort zone. Who knows, my manager may have felt that the smiley face on his last entry was tantamount to a declaration of eternal love (although I doubt it). The point is I was not sure how he felt. That’s the problem with cryptic messages: they’re ambiguous, leaving you unsure about where you stand.

“Gee, am I doing all right? Or am I a dead fish stinking up the refrigerator.”

In contrast, an elegantly written or spoken affirmation can be a mighty motivator. Unfortunately, managers (as well as parents and teachers), may not know how to pen or articulate a full-fledged acknowledgment. In 1979, Xerox Learning Systems published an easy four-step affirmation model that does the job beautifully. Do you have an employee, student, or family member who merits a word of praise? Here’s how to do it in a way that will thrill the recipient.

When I was in college, I played Shylock in a production of Shakespeare’s The Merchant of Venice. A few days after the final show, I found a hand-written card in my student mailbox from the director of the music department. That was fifty-three years ago, and I still have that letter. I’d like to share it with you, not because I want to revisit my fifteen minutes of fame, but because it is such a beautiful example of a perfectly composed affirmation. The parenthetical words are mine—a nod to the four-step Xerox model.

[General reference.] It was a delight to be in the audience for the final showing of The Merchant of Venice—a production made memorable by your performance.

[Specific examples.] I was impressed with your facility with Elizabethan language, which can be daunting. Your voice was powerful and your diction precise. More importantly, you were able to portray a myriad of nuanced emotions, which underscored your mastery as a young actor.

[Personal qualities that contributed.] It is clear that you are a diligent student of your craft. You had the personal resolve to make the performance come to life.

[Benefits to the organization.] Performances like yours herald the high standards of artistry for our college and, specifically, for our division of performing arts. Bravo.

Those one hundred and eleven words of praise were pivotal in my decision to become a committed thespian. In the years that followed, I acted and directed on all levels—high school, college, community, and professional—a lifetime of theatrical bliss.

What a small price to pay—just fifteen to thirty minutes to compose a thoughtful affirmation—when the payoff can kindle heartfelt gratitude, a revitalized commitment to excellence, or even a new vocational path. That’s a bargain I’ll take anytime. Uh-huh.  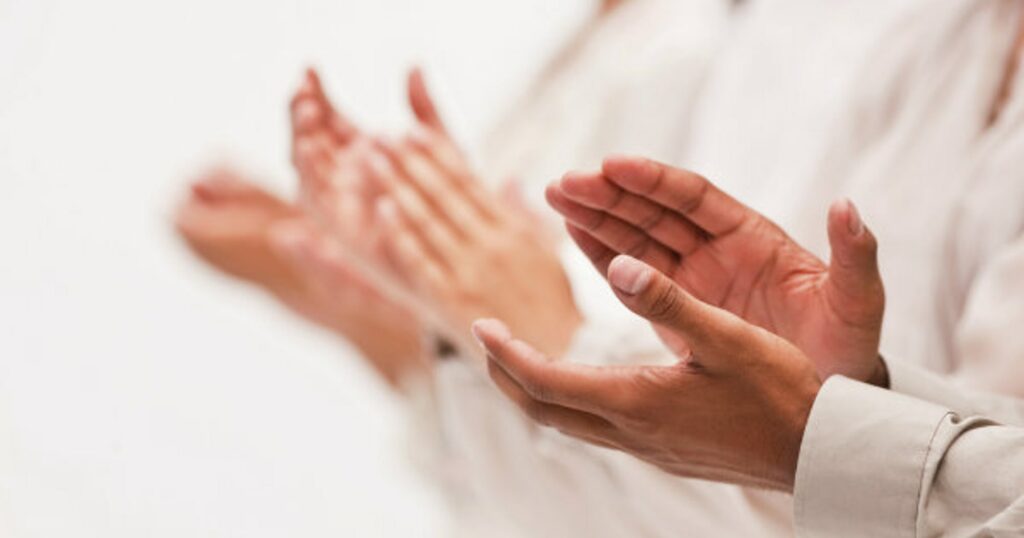