Nationalism is the Final Idolatry

The eminent German social psychologist and philosopher, eloquently explained the danger of unbridled nationalism and patriotism:

Because we Americas place such high value on nationalism and patriotism, this column may be difficult to comprehend and even harder to accept.  So, I offer this suggestion:  When your impulse is to ignore, reject, or disagree with my premise, seek first to understand.  Here we go.

“The person who has not freed himself from the ties to blood and soil is not yet fully born as a human being.  Nationalism is our form of incest, is our idolatry, is our insanity.

Patriotism is its cult. By patriotism I mean that attitude which puts the own nation above humanity, above the principles of truth and justice; not the loving interest in one’s own nation, which is the concern with the nation’s spiritual as much as with its material welfare.   Just as love for one individual which excludes the love for others is not love, love for one’s country which is not part of one’s love for humanity is not love, but idolatrous worship.”

At the outset, I would like to echo Fromm’s distinction between patriotism and a “loving interest in one’s own nation.”  I feel grateful and privileged to be an American.  I have enjoyed a lifestyle that is inconceivable to most people on earth.  I love my country, but no more or no less than any other country or any other people on earth.

I submit that maturity is measured by the breadth and depth of our understanding and acceptance of others.  When I was a child, my world revolved around my mother and, in time, my immediate family.  That was my truth, my paradigm.  As I grew, my world expanded to include classmates, teachers, and church friends.  My world became even larger when I began my university studies with an introduction to thinkers who split the seams of my universe.  Thus, year by year, from childhood to manhood, my mind—and, accordingly, my loyalties—burgeoned.

That is the natural process of maturation.  But too often that social growth is arrested at our nation’s borders.  It is as though the language and culture of another country is just too fantastic to fathom.  Most tragically, our xenophobia is externalized in suspicion and, all too frequently, a call to arms.  There is a word for this mindset.  It is called “jingoism,” which can be succinctly defined as “belligerent nationalism.”  Jingoism grows in soil that is imbued with ignorance, misunderstanding, and the dehumanizing of a foreign population.  It is easier to go to war when we are insensible to the humanity of our “enemy.”

I believe that our journey toward full maturity is complete when we become citizens of the world.  For me that time came in the early 1970s when I taught English as a foreign language in a mountain-village high school in Algeria.  I came to recognize that our cultures were radically different, but that Algerians equaled Americans in their passion for family.  Although their toys were less extravagant (I once saw a five-year old boy play with a string attached to a stone, making car noises as the stone bounced along on a dirt path), the children entertained themselves with equal enthusiasm.  They were both like us and unlike us, and I loved them for our similarities and our differences.

Without international reverence—a commitment to the family of humankind—a country can easily slip into condemnation, discrimination, and even “crimes against humanity.”  Even more egregious, such belligerence is often sanctioned and hallowed when cloaked in the sacred cloth of nationalism.

There is only one recipe that is more viperous than nationalism and patriotism.  That is the addition of religion to the caldron. With that volatile mix, you have the making of crusades, inquisitions, territorial conquests, and so-called “preventive” wars.  Consider this quotation:

“The national government will preserve and defend those basic principles on which our nation has been built up.  They regard Christianity as the foundation of our national morality and the family as the basis of national life.  May God Almighty give our work His blessing, strengthen our purpose and endow us with wisdom and trust of our people.”

Who was the author of those words?  George Washington?  Abraham Lincoln?  George W. Bush?  The answer may surprise you.  It was Adolf Hitler.

I am not suggesting that America has become Nazi Germany—not by a long shot.  My only point is that people in power have used, and will continue to use, patriotism, nationalism, and religion (however antithetic to church doctrine) for nefarious purposes.  Mindful people are aware of such manipulation and are less likely to be duped.  For example, they feel uneasy when they see bumper stickers that shout “One nation under God.”  Why?  Because they know that a divine mandate cues the trumpets blare—making the call to war more respectable, consecrated, and cruelly inevitable.

I conclude with the immortal words of the seventeenth-century English poet, John Donne.  Born in London to a Catholic family when being Catholic was a crime, Donne fully understood the interconnectedness of all humankind.

He was refused his university diploma for not signing the Oath of Supremacy, which required university students (as well as public or church officials) to swear allegiance to the monarch as Supreme Governor of the Church of England.  Donne’s brother died in prison for giving sanctuary to a Catholic priest; John was imprisoned for marrying a protestant.  And yet, he wrote these words of devotion:

“No man is an island, entire of itself; every man is a piece of the continent, a part of the main.  If a clod be washed away by the sea, Europe is the less….  Any man’s death diminishes me, because I am involved in mankind; and therefore never send to know for whom the bell tolls; it tolls for thee.”

If we must take an oath of loyalty, let us pledge allegiance to all humanity:  To love the United States as we love all countries, to love Americans as we love all citizens of the world.  That would be the ultimate measure of our maturity—a kind of spiritual transcendence from the exclusive clinging child to the inclusive embracing adult?  Then, in the words of Erich Fromm, each man and woman would be “fully born as a human being.” 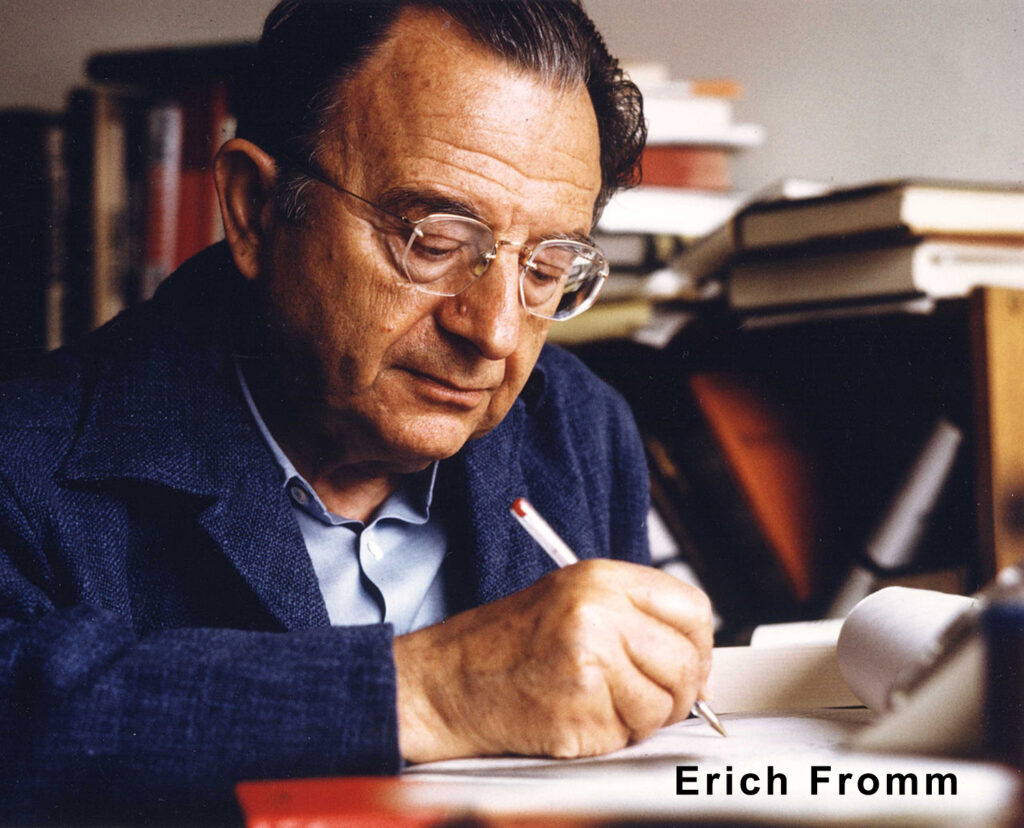