All of us are born with a lizard brain, although some of us rely on it a little more than we should.

The lizard brain is found at the base of our skull. It’s called the medulla oblongata. It controls our heart rate, breathing, and the constriction and dilation of blood vessels. It also powers our sympathetic nervous system, which activates our fight or flight responses. The medulla is part of the primordial reptilian brain. This is confirmed by examining the prodigious size of the medulla in crocodiles and monitor lizards.

The medulla does not generate emotions, but it does induce the urge to fight or take flight. And where self-defense is concerned, hate, anger, fear, and vengeance can’t be far behind. With just a little prodding, the lizard brain can spiral—like a dust devil into a raging tornado—crowning in suspicion, deprecation, discrimination, and aggression.

Throughout American history, obtuse leaders have given in to their lizard brains. They kindled the genocide of Native Americans, the profit of slavery, the shame of Japanese-American internment camps, the extinguishing of Hiroshima and Nagasaki, the blasphemy of the Klu Klux Klan, and the hubris of George W. Bush’s rush to war.

Happily, the better part of the human brain is made up of the left and right cerebral hemispheres of the cerebral cortex, which, among other things, drive our awareness, conscience, imagination, and independent will. These are the qualities that allow us to see and understand the world beyond our own skins. These are the qualities that stoke the fires of compassion, celebrate differences, and initiate understanding. The cerebral cortex is what makes us human.

Let’s consider two contrasting examples from history: one influenced by the lizard brain, the other inspired by the human brain.

The lizard brain and the Treaty of Versailles

In 1919, the Treaty of Versailles required Germany to accept responsibility for causing “all the loss and damage” sustained during World War I. Germany was forced to disarm, concede 27,000 square miles of territory (approximately the area of West Virginia), and pay reparations of $442 billion. (All sums in this article are adjusted to match current dollar values.)

The British economist, John Maynard Keynes, called the treaty a “Carthaginian Peace”—a treaty fueled by French revenge that was so severe that it meant the virtual destruction of Deutschland.

By the early 1920s, the annual reparations paid by Germany greatly contributed to hyperinflation. In 1921, the mark was valued at 330 marks to one US dollar. By 1922, the exchange was 7,400 marks to one dollar. The cost of living increased by fifteen fold. In 1932, unemployment was nearly thirty percent. Then in 1933, when the country was financially crushed, Adolf Hitler was appointed Chancellor of Germany. We know the rest of the story.

French vengeance and Nazi barbarism were both inflamed by the lizard brain.

The human brain and the Marshall Plan

It was a different scenario in 1948. That was the year the Marshall Plan—officially the “European Recovery Plan”—was set in place. In an effort to rebuild eighteen war-devastated countries, the United States granted $120 billon, including $13.2 billion to Germany.

Concurrently, in grants separate from the Marshall Plan, $59 billion were allotted to Asian countries, including $24 billion to Japan.

The human brain was put to good use in the rendering of the Marshall Plan.

What if world leaders had behaved differently in 1919? What if a version of the Marshall Plan had been established after World War I—a plan to raise a nation up, not tear it down? Some might argue that Germany deserved being razed. To such vengeful thinkers, I’d like to point out the benefit of a higher-brain approach.

If the Allies had been more compassionate at the end of World War I, the Second World War may have been averted—saving the United States over 419,000 lives and approximately $4,000 billion. Globally, 60 million lives would have been spared and $14.46 trillion saved. Suddenly, a post World War II grant of $443 billion seems like a pittance.

And now, in any election year, we all have a crucial decision to make. Will we emulate the vengeance of the Treaty of Versailles or the compassion of the Marshall Plan? Will we acquiesce to the gnawing fight-or-flight instincts of our lizard brains or be uplifted by the reason and compassion of our human brains? These may be the most important questions of our time.            I know how I will vote. Do you?

« PreviousDecember 24, 2021: Reflections on Christmas Eve
Next »Mindfulness separates fiction from reality
Back To Stories 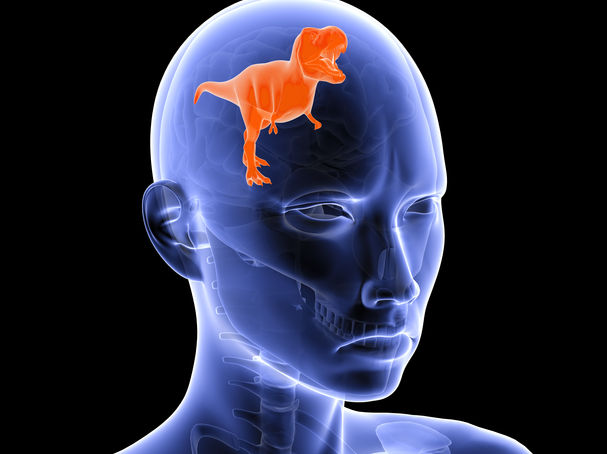