So, I have a collection that takes no room on a shelf and creates no disputes upon my departure. I collect words. Yes, I’m a logophile. I love the sound, rhythm, and meaning of words. I like the way they slosh around in my mouth like a delicious ratatouille, which is a great word in itself. Here are some of my favorites.

Abecedarian (n, adj). There are lots of words to denote a beginner—a neophyte, a novice, a tenderfoot, a tyro—but I like the word “abecedarian.” Derived from the first four letters of the Latin alphabet, it refers to one who is learning the rudiments of something, including—but not limited to—the alphabet. For example, I could honestly say I’m an abecedarian when it comes to physics and car mechanics.

Splendiferous (adj). Bartlett’s Familiar Quotations records that a ninetieth-century itinerant preacher once said, “Heaven is a glorious, a beautiful, a splendiferous, and angeliferous place.” Come on, that’s just too juicy not to relish. Incidentally, Webster also lists another adjective elaborated from the word “splendor”: splendacious.

Loquacious and laconic (adj). These two words from the Graduate Record Examinations GRE vocabulary list are opposites. “Loquacious” means “talkative” while “laconic” means “written and spoken brevity.” When your aunt Bertha rattles on and on, you might say, “Why, Auntie, you are so loquacious today,” which may give you a moment’s grace as she rushes off to find a dictionary.

Blatherskite (n). Since we’re on the subject, a blatherskite is defined as a blustering, talkative, and often incompetent person. You can also think of it as “nonsense,” as in “all this talk about honor among thieves is sheer blatherskite.” I’m not sure that blatherskite would be considered an onomatopoeia (a word that imitates a sound), but it sure is close.

Sleepy, soporific, somnolent, slumberous (adj). I just think it’s cool that all these sleepy synonyms begin with the letter “s,” as if imitating the siphoning, sputtering sounds of sleepyheads.

Lionize (v). To lionize someone is to treat him or her as a celebrity or object of interest. Yes, the word does come from lion + ize, which makes it so easy to remember. See if you can work the word into your next conversation: “It makes no sense to lionize despicable politicians.”

Excoriate (v). An antonym of lionize is to excoriate someone—that is to scathingly denounce or censor. We hear the word often during presidential campaigns, but here’s the interesting piece: Excoriate comes from the Latin excoriare, which means to “flay, strip off the hide.” So, when you excoriate someone, you are skinning them alive—an execution practiced through the ages by  Assyrians, Aztecs, Chinese, English, and American Indians.

Obtuse and abstruse (adj). Here are two more words from the GRE vocabulary list. I place them together because they are often confused. “Obtuse” means dense or dull, whereas “abstruse” means difficult to understand. For example, Cornelius was too obtuse to understand the abstruse nuances of the argument.

Credulous and incredulous (adj). Now this is interesting. We use “incredulous” all the time: I was incredulous when the car dealer told me my new sports car would get fifty miles to the gallon. But “credulous,” meaning “inclined to believe,” is an equally respectable word. Example: Why are people so credulous when it comes to believing in ghosts?

Obsequious (adj), truckle (v), fawn (v), sycophant (n, v, adj), and toady (n, v). Here I offer five words that mean essentially the same thing: compliant to excess. Why so many words? Because I’m disgusted by the colloquial alternatives, all of which are imbued with lewd nuances: kiss ass, brownnose, suck-up. We can do better than that for our kids. “Truckle” and “toady” are certainly easy enough to remember. “Truckle” originates from the truckle bed, a low (subservient) bed that rolled under a higher bed. And “toady,” shortened from “toad-eater,” originated in the 1620s. It seems a charlatan’s assistant would eat a purported poisonous toad and be “miraculously” healed by his master. You know you’re a toady when you accept that job.

Now, before I get any nasty letters from those who argue that a rich vocabulary is elitist and supercilious (another great adjective from the Latin meaning haughty as in “raised eyebrows”), let me say this. RELAX. It’s just a game, like collecting banana stickers or rubber bands. To apply a British word, it’s chucklesome. Ooh, what a  cool word.

« PreviousBlessed by “Yes” and Untroubled by “No”
Next »Love at the Office: A Whole-Heart Approach to Career Development
Back To Stories 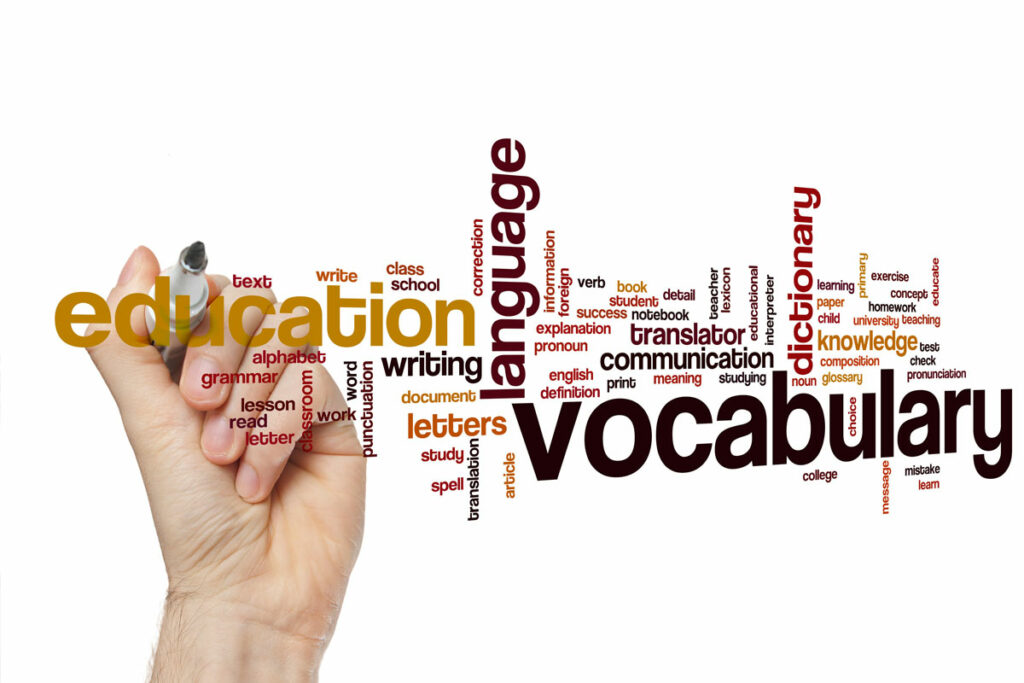