The stranger was struck by lightning. The bolt pierced his fedora, flashed down his spine, and blasted through his leather boots. He lay facedown on a country road, deserted except for a single cow who stared at him with dubious eyes.

Hours later, he was awakened by thunder grumbling its discontent. A single eye opened, then the other. He was dazed and confounded—oblivious to time, place, and even the state of his existence.

He rolled to his side, then onto his knees. Suddenly, he glimpsed a distant light approaching, beckoning him. He squinted into the beam, ready to be whisked away. A smile crossed his lips. The light grew brighter, spangling the puddled road. At peace, he outstretched his arms, eager to embrace his homecoming.

There was a long, manic screech—like wagon wheels slipping, grabbing, then coming to a stop, but not before toppling him to his back.

Soon, a woman with frantic eyes and long, drenched blond hair gaped at him. With her left hand, she cupped his head; with her right hand, she searched for a pulse at his throat. “Yes! You’re alive. Are you all right?” she asked.

The woman appeared haloed before the headlights, her hair and face bejeweled by the rain. Was she an angel and he at heaven’s gate? If so, her question seemed odd or, at best, satirical. His voice croaked. “What?”

The woman searched for blood. There was none.

“Can you stand?” She asked.

She pushed to her feet, circled behind the man, crouched, and hooked her elbows under his armpits.

To his mind, she felt powerful—angelic strength.

On his feet now, she walked him to her wagon. Though unfamiliar to him, it was a red late-model jeep with a ragtop. It seemed a strange mode of transportation for a celestial being.

With one hand around his waist, she opened the passenger-side door. He sat, his feet still planted on the road’s black surface. When she lifted his legs to swing them into the jeep, she gasped. “Holes. There’re jagged holes in your boots.”

When the woman shut the door and circled the front of the car, he caught sight of her face and graceful figure. She was young with a pale, heart-shaped face and soft eyes. He smiled, pleased to be in the company of an angel who was so lovely.

In the car, she half turned and gazed into his eyes as if she knew him, cared about him. When she leaned forward, the man thought she would kiss him, but she didn’t. She brushed the rain from one side of his face and then the other. Her mouth pursed. “What’s your name?”

The question was impossible to answer. But surely, she knew. “Name?” he asked.

“Yes. What should I call you?”

He noticed a medallion that dangled from a small mirror. It read Saint Christopher, Protect Me. His mouth curled into a smile. “Christopher,” he said. “My name is Christopher.”

She sighed and started the car. “I’m going to take care of you, Christopher.”

“I will protect you,” he said as he glanced at the medallion.

She followed his eyes to the pendant and half laughed. “So, it’s like that. You’re playing hard to get.” She threw him a wry smile. “And I’m going to protect you, my goofy friend.

The woman’s ranch house had a welcoming front porch with rockers and a side bench that suspended from the rafters. Inside, the stone fireplace was ablaze, flickering a troop of dancing shadows across the living-room walls.

She took his fedora and poked three fingers through a hole in the crown. She sniffed the hat and discovered it smelled like burnt toast.  “I want to examine you,” she said.

He crinkled his brow.

“Not to worry. I’m Julie Haven. I’m a doctor and the only physician within fifty miles. It’s either me or the vet, and his bedside manners are . . . well, heavy-handed.”

She looked at him with curious eyes. His vocabulary was quizzical and his complexion dark as if baked by years in the Mediterranean sun. He was a complete stranger, and, yet, she was oddly drawn to him. “Call me Julie. I don’t believe in titles. They’re too pretentious, don’t you think?”

Julie led Christopher into her office, which doubled as an examination room. She checked his pulse, temperature, and blood pressure. “Good so far.” Then she parted his shock of black hair and searched for any open wounds. There was nothing.

“How did you get that hole in your hat?” she asked.

“Do you know what day is today?”

He compressed his mouth and shook his head.

She patted his hand. “Don’t worry about it. It’ll come back.”

Julie slipped off his boots and socks and examined his feet. “As clean as a whistle. I don’t suppose you know how you got the holes in your boots.”

“No need to be sorry. You—” Julie stopped midsentence and hacked: a rough-edged cough that came from a deep place. “You just need some rest. You’ll feel better tomorrow.”

When Christopher awakened, he did feel better. The sun shone as if seeking forgiveness for the rage unleashed the night before. Though it lifted his heart, it also evoked his mission.

He followed the scent of coffee to the kitchen. “Good morning, Julie,” he said, his words in full possession. “I trust you slept well.”

She set the kitchen table with plates, silverware, and cloth napkins. “Not so well,” she said offhandedly, “but well enough.”

She brushed off the concern as if flicking off a pesky fly. “I hope you’re hungry.”

They sat on opposite sides of the kitchen table to a breakfast of scrambled eggs, fried potatoes, and sausage links.

Christopher noticed that Julie only sipped her coffee. “You’re not eating,” he said.

She grimaced. “I can’t seem to keep anything down these days. My eyes say ‘Yes,’ but my tummy says, ‘No.’”

“I understand,” he said, his words steeped with meaning.

Julie cocked her head. “What do you understand?”

She recoiled. “How do you know that? Are you a doctor?”

He leaned forward, resting his forearms on the table and clasping his hands. “Of sorts.”

“What does that mean?” she asked.

“I’ve learned to diagnose the spirits of people. A gift I’ve had for as long as I can remember.”

Julie’s pale face became even more blanched. She opened her mouth to speak but said nothing. In silence, she examined his face as if trying to place an old friend. Finally, she said, “It’s you, isn’t it?”

He gazed into her eyes and nodded.

Her face went slack as she let a slow sigh wither out. “You’ve come for me.”

He placed his fork, stood, and reset his chair next to hers. When he had seated, he took her hand and caressed it as if it were the most precious thing on earth. “You’re going home, Julie. It’s your time.”

Her eyes pooled. “So soon? I’m only thirty-five.”

He brushed a tear from her cheek and dabbed it over his heart. “You are old enough for heaven to know the beauty of your spirit. And—”

He reached and stroked a wayward strand of hair behind her ear. “And I have the honor to escort you home. Your humble servant, Saint Christopher from Canaan.”

« PreviousManners Are Indispensable in Building Character
Next »Northwest Nazarene University Revisited: Reflections on Community from a Golden Grad
Back To Stories 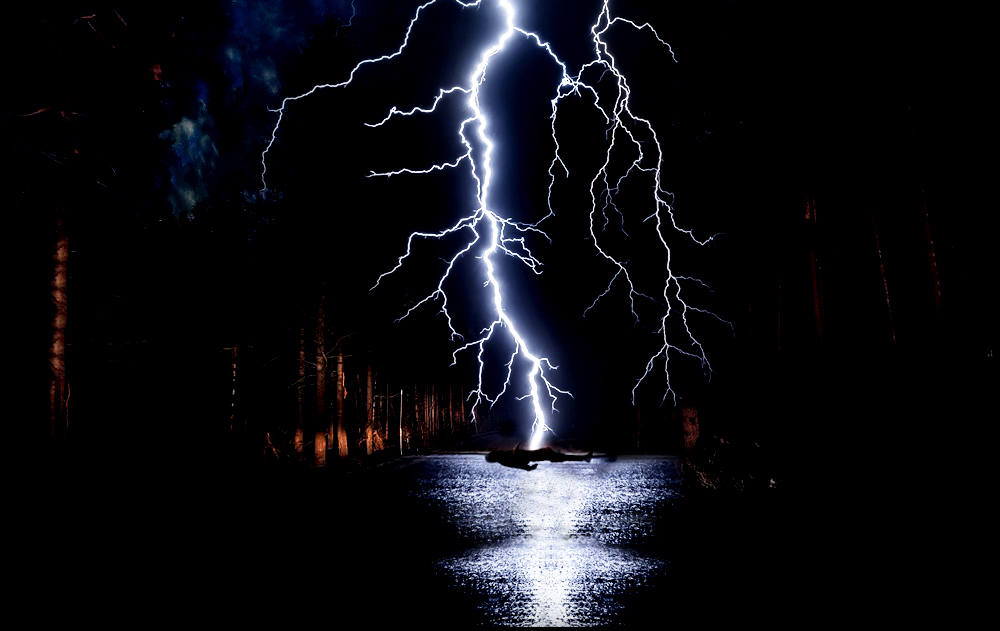