Being Curious about Tribes Can Change the World

It’s the first hour of a new day. I’m riding my recumbent tricycle on a familiar bike path, waving and smiling at the oncoming cyclists. Each rider smiles and waves back. The exchange feels good; we are all members of the same tribe. I happily soak up the spirit of brotherhood like a dry bar mop.

Then at an intersection, a wizened, leather-clad rider on a Harley cruiser rolls to a stop, and I think, “He and I are members of another tribe. We are both in the autumn of our lives and yet precariously balanced over wheels. He is my brother.”  So, I snap him a sharp salute. And he glares at me, not in honor of our kinship, but with pinched, scowling eyebrows, as if I had just called his mother a soulless “lady of the night.” Perhaps he was disenchanted by my six-foot high hot-pink and periwinkle blue flag swishing behind me like a rainbow trout in the shallows. Whatever the source of his discontent, his message was clear: I was not his brother.

It’s a funny thing about tribes: Their number is equal to every passion on earth. There are church, military, language, and ethnic tribes. There are even tribal devotees to tiddlywinks and didgeridoo. All of which is pretty cool.

There are two ways to react to tribes. The first is with curiosity. The second is with suspicion or even contempt. I’m an advocate of the former.

In my lifetime I have eaten pig ears, frog legs, and duck brains in France. I have danced the Kalamati- anos on the streets of Greece, shouting “Opa” in celebration. I have sat cross-legged on a Berber hilltop in Algeria and listened to the local musicians play their tambourines, drums, and flutes, while the women trilled their high-pitched ululations.

Not everyone understands my sense of curiosity. Frankly, some are surprised or even offended that I would leave my ancestral tribe, if only for an hour.

A year ago, a friend and I were traveling through Georgia. It was Sunday and, faithful to our custom, we sought a black church—usually Southern Baptist—to soak in the wonderment of gospel music. As we crisscrossed the streets, we came upon an all-white Baptist church. Two of the church members were greeting the parishioners at the door. Surely, they would know where we would find the local black church.

I parked the car, scrambled up the church steps, and looked into the eyes of one of the greeters. “Excuse me,” I said, “could you tell me where we could find the black Baptist church?”

All at once, the greeter stared at me with eyes narrowing into gashes of reproach. “Why would you want to do that?” he asked.

“Because we love the music,” I replied truthfully.

“We have beautiful music here.”

“I’m sure you do, but it’s not often that we have a chance to experience authentic black gospel music. I hope you understand.”

“I’m not sure I do,” the greeter said, “but I can tell you where to find those people.”

True to his word, he directed us to those people.

When we arrived, we basked in the tradition of the most soulful church I have ever attended. The organist improvised a score that made the minister’s words soar, while the choir answered his every call.

“They shall mount up with wings as eagles,” the preacher heralded.

“Wings as eagles,” the choir answered.

The pure joy of the congregation surged like an ocean wave over my body. You do not have to be a believer to feel the honest purity of that kind of celebration.

When the minister asked the parishioners to greet each other, a round radiant grandmother in a broad flowered hat wrapped her arms around me and said, “I so happy you come visit our church. I got a blessin’ with your name on it.” And then she hugged me again as if I were her long-lost son.

I truly loved that black Baptist tribe, and for two hours of worship, I was one of its spirited members.

Why must we see other tribes with suspicion or, worse, enmity?

Not all tribes are as loving as the Georgian Baptist congregation. And, yes, a fraction of all the tribes on earth are malicious. But disregard the deluded extremists for a moment. What would happen if we explored—if only for an hour—the ninety-nine percent of all the good-hearted tribes that are foreign to us? What if we sought to understand and respect (with no obligation to accept) an unfamiliar theology? A strange flavor? A new dance? An exotic music?

What if the leather-bound Harley rider had smiled and acknowledged that we are all members of the largest tribe of all: humanity, with well over seven billion cousins? What if the white Georgian greeter had said of the black disciples, “You will love their service, they are good people”?

Don’t you think the world would have been a better place? But what if such instances were multiplied by seven billion times a day—one moment for every resident on earth? Can you imagine the rumbling surge of charity, rising up from under our feet, lifting us up “with wings as eagles”? 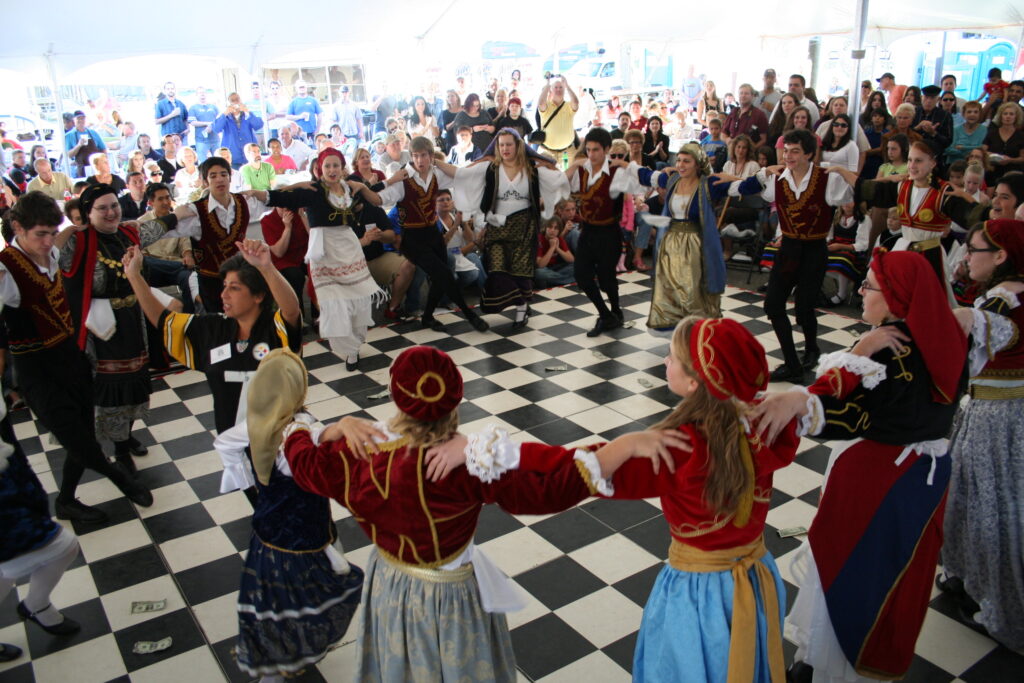