As Consistent as a Sunrise

Think about the moment the sun nips at the horizon, diffusing its orange, yellow, and white light on the canvas we call earth. Scarfing the shadows, the slow reveal of landscape is always breathtaking.  For well over 27,000 days in a row, I’ve been greeted by the rising sun. Although her pallet of colors may vary—sometimes golden, sometimes scarlet—she’s always consistent.

But what about people? Are we consistent? The answer is . . . it depends.

Anyone can be consistent when the sun is shining. But in hard times—whether sparked by misfortune or irresponsibility—consistency requires dedication to the four human endowments. More about that in a moment. But first, let me explain how people routinely handle challenges.

Recently, I met a man who was haunted by the early death of his best friend who was killed in a drug war.

“My friend was a crackhead,” he said, “and so was I. But not anymore.”

“Although your friend’s death was a cruel ending, did it make you a better man?” I asked.

“It did. I’d be dead today if it were not for his death.”

Although he said no more, I believe the event was a “wake-up call”—one that hopefully changed his life for the better.

But living from one traumatic event to the next is like waiting for your car to die on the freeway for lack of gasoline—reactive thinking. And what happens when misfortune or stupidity strikes again? Will it take another unbearable wake-up call to overcome the assault?

We need a better strategy for managing hardships and missteps—something proactive. Enter the four human endowments: awareness, conscience, visualization, and independent will. I’ll explain through a hypothetical example.

Imagine you have a dear, though alcoholic friend, who’s been sober for the last five years. Despite his progress, you’ve stewed in silence as though you preferred to be angry.

Can we be as thrilling and consistent as a sunrise? We can, but only if we put our minds to it. It’s not always easy—ego is a stubborn fellow—but when we do, the view is unforgettable.

PHOTO CREDIT: I took this image at the Yakima Delta Habit near Richland, Washington on July 4, 2021. 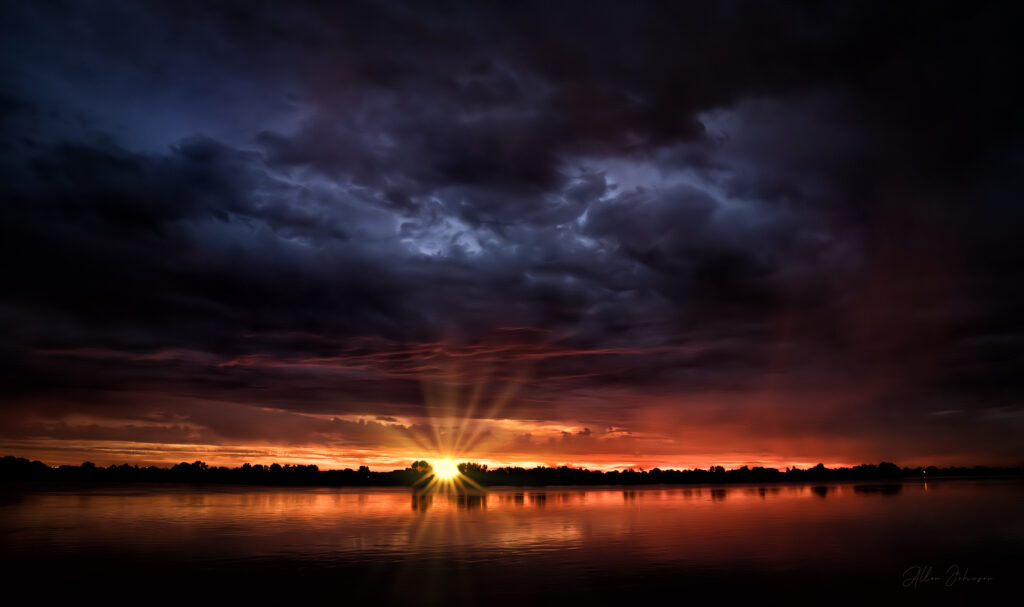