On the Nature of Depression

The first time I met Delano (not his real name), it was on a bike path. I had noticed him for months but had never stopped to chat. When I finally eased up to say hello, I found him to be amiable and quietly forthcoming.

On our second visit, I asked if I could photograph him. He consented. Although I can’t show you the image, it turned out well with a beautiful morning sky in the background. In fact, I was so happy with the image, I quickly emailed him the retouched version, confident he would quickly reply with a gracious thank-you. He did not. Only silence.

I studied the image again, thinking it was not as strong as I first imagined. I did some more tweaking and sent the second image to him and waited. Still no response.

Over the next two weeks, I didn’t see Delano, but I couldn’t get him out of my mind. I kept wondering why he’d be so— What word applies? Rude? Impolite? Ungracious? Or was my image horrendous? (That’s the way with silence: it’s filled with both recriminations and self-doubts.)

It was a rainy morning when we finally met again. He smiled at me, which was a relief.

“Delano, so good to see you again.”

Though he didn’t call me by name, he said, “Good to see you too.”

We warmed up with small-talk for a few minutes before I brought up the issue. “Did you receive the portraits?” I asked.

He hunched his shoulders. “I really don’t like pictures of me, but my wife liked it.”

“Uh-huh. It would have been nice to hear from you, if only a word. You could have said you received it, and your wife liked it.”

He looked away. “Yeah, I’ve been having some mental issues lately. I’m sorry.”

He said it so softly I had to ask him to repeat. When I was sure I heard correctly, I asked, “Are you fighting depression?”

We talked a bit about depression. I congratulated him on walking. He said he was set on losing more weight. “A healthy goal,” I said.

I asked if he was in counseling. He said it was too exhausting, too depressing to think about. “I find it easier to be isolated,” he admitted.

Although I was silent, I mentally registered the irony of choosing isolation over a safe environment for problem-solving—rather like someone with a curable disease choosing illness over treatment. I hoped he and I might talk more about that later.

The rain’s rat-tat-tat was picking up tempo. When he repeated his sorrow, I asked if I could offer a thought. With his consent given, I explained that saying he was sorry transferred the onus onto me. I was obligated to forgive him (it’s what nice people do), which, in effect, gave him permission to continue his irresponsible and self-sabotaging ways. “Here’s a better approach,” I offered. “Instead of saying you’re sorry, confess and pledge: ‘What I did was not right. It will not happen again.’ That way, I don’t have to forgive you. All I might offer is silence or, at most, a polite ‘thank-you.’”

He looked at me for a split second. “What I did was not right. And I’ll try to do better next time.”

“No,” I corrected. “What I did was not right. It will not happen again.”

I knew I was offering unsolicited counseling, but I was pretty sure he had the maturity to accept it. He repeated the mantra correctly, without the evasive, get-out-of-jail-free-card language.

The drizzle was becoming a shower, so we said our goodbyes. But I have not stopped thinking about Delano.

If he were here right now, I’d suggest at least three things:

You are reading this now only because Delano has allowed me to publish the story. As soon as I composed it, I sent it to him. He immediately responded with a note of gratitude.

As with any friend, even a new one, I wish Delano an abundant and joyous life—one free of depression, even in the pouring rain. 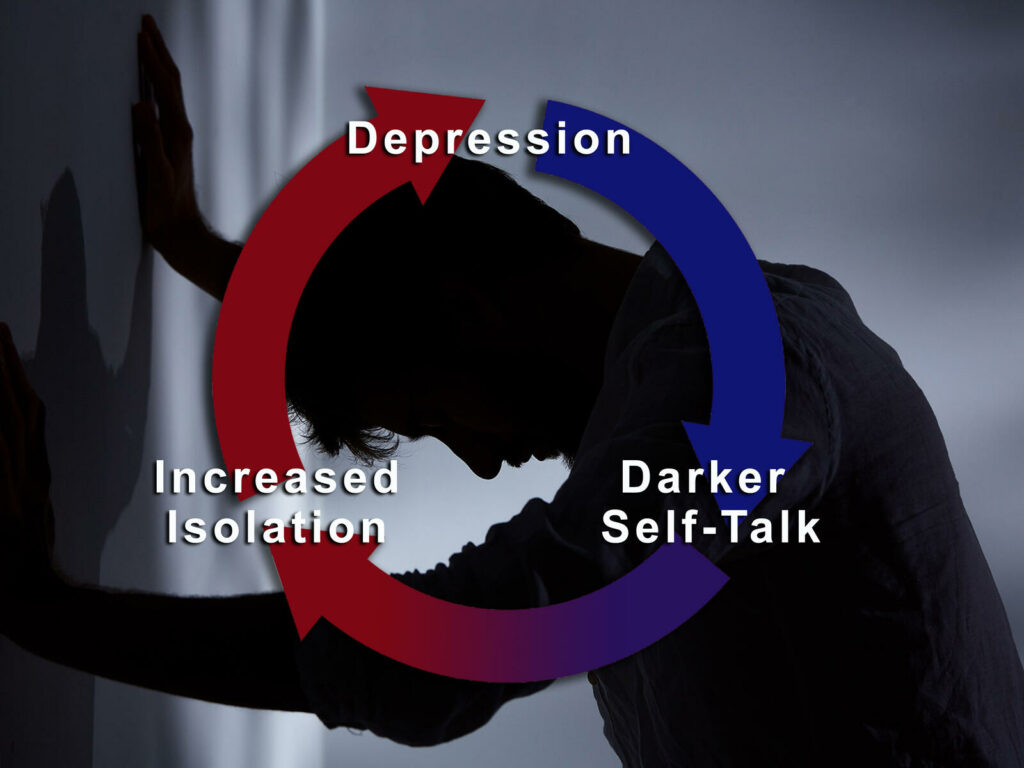