The first time I met Bob Russell was on a dock that extended over the Columbia River at Richland, Washington’s Howard Amon Park.

The night sky was beginning to show an orange cast, a prelude to the oncoming sunrise. I walked onto the dock to capture a morning image. Bob was fishing on the end of the dock. I approached.

“Every morning is beautiful,” he said.

“I’m surprised you’re fishing so early. I wouldn’t think the fish would see your bait.”

He looked at me and smiled. “You’re not a fisherman, are you?”

“I didn’t think so. Fish can actually see better at night.”

That’s when Bob told me he was a two-time Washington State large-mouth bass world champion in 1998 and again in 2018. “That’s a twenty-year span,” he said.

“What happen in between?” I asked

Bob reeled in and cast again. “In 2013, I fell forty feet through scaffling. That was in Arizona where OCHA safety standards do not exist. It was a long haul after that. I had both knees replaced, my back fused, and my shoulders reconstructed. I learned I couldn’t fly. I just feel so fortunate I can still cast a line.”

Now Bob has a new goal: to become a world champion small-mouth bass fisherman. “I fish every morning from 5:30 to 7:30 a.m. and then again in the afternoon. I caught fifteen this morning, three over five pounds.”

“I’ll tell you. Years ago, my father said, ‘Son, if you ever saw the Columbia River, you’d fall in love with her.’ He called the river ‘her’ as if she were a beautiful woman. I took him at his word. The Tri-Cities has been my home for the last six months.”

Over time, Bob has told me more of his story. In his lifetime (he is now sixty-three), he has been a carpenter, a scout master, a world champion softball third baseman, and the proud father of a daughter and two sons. And now, his eight-year-old grandson wants to learn from his grandpa how to become a champion bass fisherman too. In Bob Russell’s words, “I’m living the dream.”

I’m just honored he was willing to share a bit of his “dream story” with me.

ABOUT THE IMAGE: I wanted to capture the satisfaction of a man in love with his passion. He kindly accepted my request to photograph him with his beloved Columbia River as the backdrop.

You’ve got to love his beard. 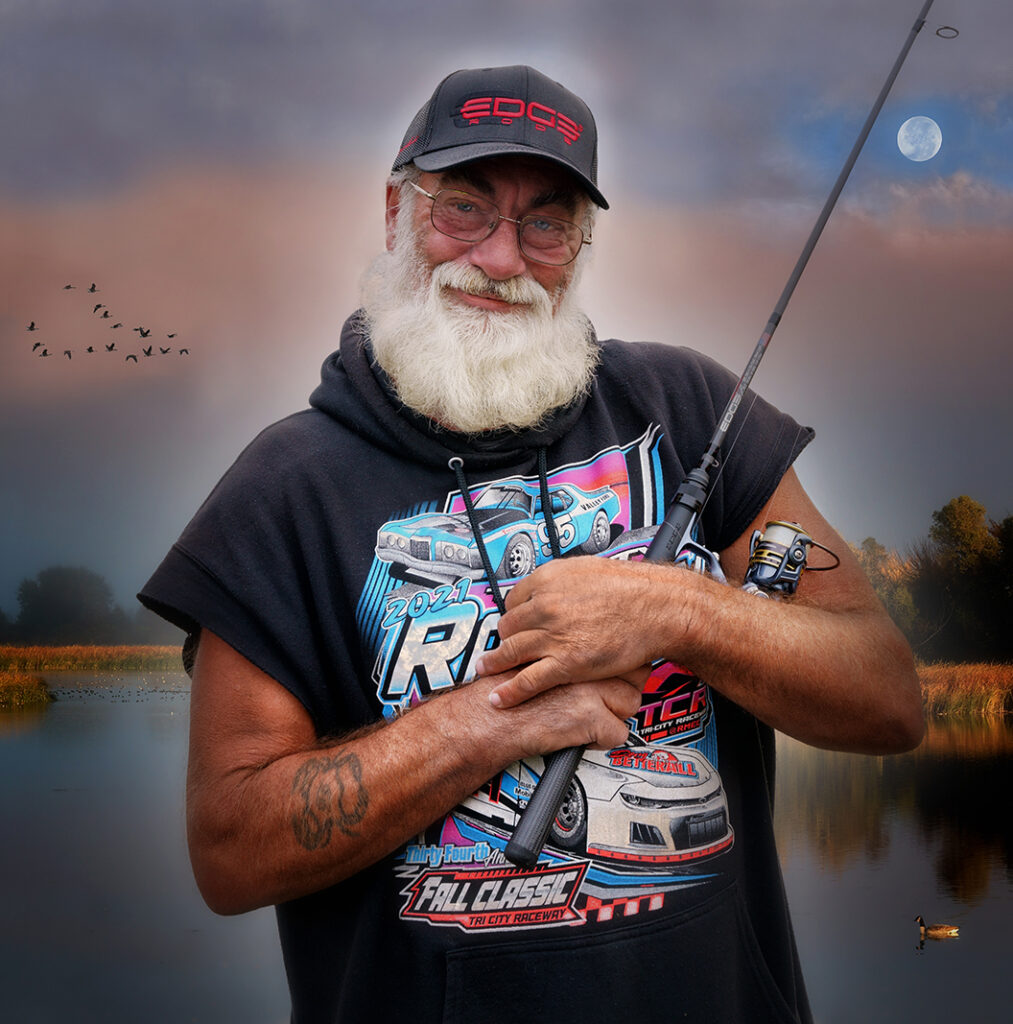