Samantha Madison, or simply “Sam” as she liked to be called, was not fond of dolls or tea sets or princess dresses. That wasn’t her style. She preferred climbing trees and catching frogs and playing baseball with the boys, preferably without shoes.

But Madison’s mother, Mrs. Priscilla Madison, held a different view. “Why can’t my little ten-year-old girl be refined and sophisticated?”

Those were the two words that drove Sam crazy: “Refined and sophisticated,” which if her mother had her way went together like “salt and pepper.” Sam smirked. “Or ‘dull and boring.’”

Mrs. Madison was so concern about her unrefined and unsophisticated daughter that she telephoned her mother, the Duchess of Surrey, Mrs. Victoria Schickmunster, or Mrs. Stick-in-the-mud, as Sam indelicately called her. “Mother dearest,” Mrs. Madison said, “would you be so kind as to take Samantha for the summer. She is utterly deficient in etiquette and social graces. And no one is better than you in that realm.”

The Duchess held the phone close to her pearl necklace and smiled. This was exactly what she wanted after celebrating Samantha birthday in a dusty Eastern Washington town in the American wild west. The poor girl scampered barefooted hither and yon like a deranged coyote. It was appalling. She certainly needed to be tamed. She cleared her throat. “Oh yes, when can the little darling fly to England?”

“Would next week be too soon?”

“Next week would be perfection, my dear.”

When Sam arrived at London’s Heathrow Airport, she was wearing cowboy boots, blue jeans, and a black-and-white plaid shirt. “Oh my,” the Duchess said to her husband, Heathcliff, the Duke of Surrey. “She looks more like a mule driver than a refined lady. What have we done?”

The one-hour drive from London to Surrey was filled with chattering, all from Sam. “Hot diggity, it’s so beautiful here. So green with so many hills and terrific trees for climbing and rivers for swimming. Hot diggity dog.”

Sam imitated her grandmother’s accent. “Mahv-lis.” She swished her tongue across her teeth. “Yuck. That hurts my mouth.”

The Duchess sighed and whispered under her breath, “Atrocious.”

Sam’s jaw dropped when she saw her grandmother’s mansion, a brick three-story estate with banks of green-shuttered windows and, by her count, six tall chimneys.  It was bracketed by rolling hills at the front and a dense forest at the back. A fairyland. Sam half expected Mary Poppins to float into the scene by virtue of a magic umbrella.

Of course, there was no Mary Poppins, but there was a Great Dane with a white coat and splotches of black that fell across her body, including a patch over her left eye, giving her the appearance of a pirate. Before they had reached the front door, Sam shouted, “Stop!” The command so startled the chauffeur, he immediately slammed on the brakes.

“Who’s that?” Sam asked, pointing at the gargantuan animal, her voice shrill with excitement.

“That’s our prize-winning Great Dane, Molly,” the Duke said with a hint of pride in his tone.

Sam flung the car door open and chased across a perfectly trimmed lawn toward the magnificent beast. Both she and the Great Dane were running at full speed across a circle of lawn.

“Oh gosh,” the Duchess shouted, “they will kill each other.”

But they didn’t. Even though Molly outweighed Samantha by seventy pounds, Sam tackled the dog as if they were playing football. The Dane tumbled to her side with Sam on top, her arms hugging Molly’s powerful neck. “I love you,” she cooed. “You and I are going to be best friends.”

Molly must have fully agreed because she swiped her broad tongue across Sam’s face, which made the youngster giggle. Sam rubbed Molly’s rounded tummy and suddenly stopped. “You’re going to be a mommy, aren’t you?”

As if to confirm, Molly gently woofed.

Over the next two weeks, Sam and Molly were constant companions. They would run and jog and, Molly’s favorite, play chase. One day after dinner, exploring in the woods, they came across an abandoned cabin. Because the entire structure was no bigger than a child’s bedroom, Sam called it her “vacation home.”

After sniffing all corners of the cabin, Molly decided to plop onto a tattered mattress pressed against the back wall. She rested her chin over her paws and whimpered, which was her way of beckoning Samantha.

Sam lay alongside Molly, flopped her arm over the Great Dane’s muscular body, and almost immediately fell asleep. When she awakened, it was to a curious scratching sound. She lifted her head and spotted a furry animal, which was about twelve inches long with an additional six inches of tail. It had a catlike face, arched ears, and a black mask over both eyes. She knew it was a ferret because a classmate had once brought his pet to school for show-and-tell.

Molly rolled to her stomach and growled.

“Hush,” Sam said. “It’s just a ferret and a little curious. So be neighborly.”

Sam searched her pockets and found a stockpiled oatmeal cookie (what the Duchess called a biscuit). She broke the cookie in half and set it at arm’s length beyond the edge of the mattress. With one eye on Molly, the ferret inched forward and finally snatched the treat.

True to her name, the ferret nosed onto the mattress and happily munch on the second half of the English biscuit.

“Good, now we all can be friends.”

Molly leaned over Sam’s body, gave Cookie a sniff, and whimpered with approval.

Two weeks later, after Sam rolled out of bed and wiggled into her blue jeans (she refused to wear the frilly dresses her grandmother proposed), she slid down the banister to the first floor.

The Duke and Duchess were already seated at the breakfast table looking glum.

“This is rather difficult,” the Duchess said. She pushed her chair back and put out her arms to Sam. When Sam stepped forward, The Duchess took her granddaughter’s hand. “We can’t find Molly,” she said softly.

With eyes wide, Sam withdrew her hand. “What do you mean?”

“We can’t find her. Not today, not last night.” She paused long enough to dab her eyes. “She’s very valuable, Molly. We’re afraid a thief may have—”

Sam interrupted, her voice quavering. “No, no, she’s okay.” She backed out of the dining room.

“Come back, Samantha,” the Duchess called.

Sam was too troubled to listen. She rushed into the grand entryway and then out the door. She looked in all directions but saw nothing. “Molly!” she shouted, her throat choked with emotion. “Come home, Molly. Please, come home.” She ran down the gravel driveway, skidding to a stop between the house and the main road. She smacked her head. “Of course.”

She reversed directions and ran back toward the mansion. But instead of going into the grand house, she circled it and raced into the forest. Fifteen minutes later she plunged into her “vacation home.” Molly lay on the mattress with Cookie at her side.

Sam rushed to Molly and caressed her head, back, and hunches. “I knew you’d be here. Are you all right?”

Molly rolled onto her side and panted. Her tummy tensed, went slack, and tensed again.

“Oh, my gosh, your babies are coming.”

The hours passed and with the hours came eight miniature Great Danes, all swiped clean by their mother’s tongue. It was the most beautiful thing Sam had ever seen. Her eyes welled with tears. When the final pup had been born, Sam leaned over and kissed the exhausted Dane. “You did good, Molly. You did real good.”

When the end of summer had come, Sam’s mother, Priscilla, arrived to spend two weeks at the mansion before returning to the States. She was always awed by the grand estate, but what surprised her most was her daughter. She had not changed! Her hair was pulled back into a ponytail with loose strands flying as if zapped by electric static. She still wore raggedy jeans and a grubby T-shirt. Not at all the fashion she had in mind for her daughter.

On the first day, Priscilla and the Duchess had a private conversation in the drawing room. Well, not entirely private, for Sam spied and listened from the hallway.

“Did you do nothing?” Priscilla asked the Duchess?

“We did everything,” the Duchess said.

“Not as far as I can see. She still looks like a ruffian.”

“Then you are not looking deeply enough.”

Priscilla jammed her fists into her hips. “What is that supposed to mean?”

The Duchess heaved a heavy sigh. “My dear, it means your daughter is exactly who she should be. She has the heart of a lady and the spirit of an English knight. You must never break that spirit.”

Although Priscilla could be pompous, she was not insensitive. She smiled at her mother. “I promise, I will never do that.”

“Good,” the Duchess said, “because I have one other little surprise. Your daughter assisted our Great Dane, Molly, in the birth of her eight puppies. Sam named them all, including the pick of the litter, Bruno.”

“And when Sam returns to the States with you, Bruno will be her companion.”

Still in the hallway, Sam slapped her hand over her mouth to stop from squealing with joy.

“No. This is not a negotiation,” the Duchess said. “You will take Sam and Bruno, or you will take no one.”

Priscilla’s hint of a smile turned into a grin. “I’ll take them both.”

With that, Sam crashed into the drawing room, followed by Bruno and his seven brothers and sisters. When Sam fell to her knees at her mother’s feet, it caused a chain reaction. Bruno tripped and toppled, sending the rest of the pups tumbling head over paws in train-wreck fashion.

“Oh my,” Priscilla said in a disapproving tone.

Sam wrapped her arms around her mother’s waist and lay her head on her lap. “Oh, Mommy, I love you so much.”

“And I love you, Sam,” her mother said as she stroked her daughter’s hair. “Every wild, foolish”—Priscilla glanced at her mother, who returned a warning gaze—“and adorable spark of you. You are my everything.”

The Duchess folded her arms, raised her chin, and said, “Hot diggity dog.”

« PreviousThe Smashup: The Prequel to the Romantic Thriller: Athena’s Piano by Allen Johnson
Next »The One Word You Don’t Know That May Hold the Secret to Your Happiness
Back To Stories 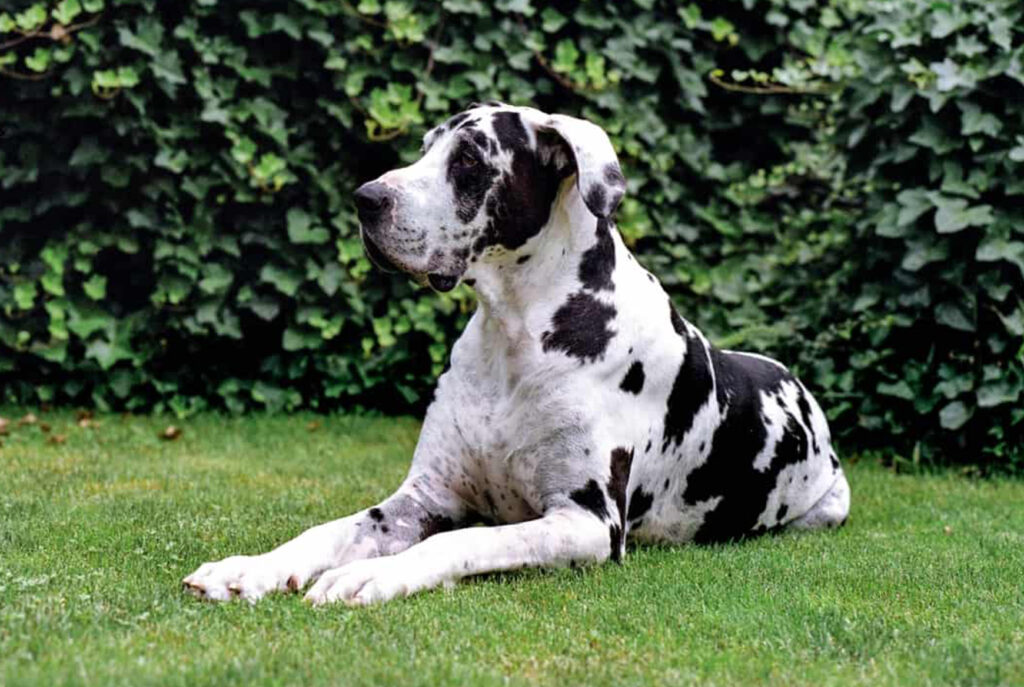