Why it’s so Hard to Change a World View

The greatest mathematician and physicist of his age—Galileo Galilei—was passionate about understanding the physical universe. In 1609, he built what was then the most powerful telescope in the world, an instrument that allowed him to scrutinize the moon, the sun, and Jupiter. What he discovered was contrary to the teachings of the church: that the moon had mountains and valleys like the earth, that the dark spots on the sun were constantly changing, that Jupiter and its moons were a little “solar system” in themselves, and that the heliocentric model proposed by Copernicus was correct.

Excited by his discoveries, Galileo packed up his telescope and made the three-hundred-mile journey from his home in Padua to the pontifical court in Rome. The astronomer invited the chief theologian of the Roman Church, Cardinal Robert Bellarmine (Belle-a-meen), to look at the heavens through his telescope and see the truth for himself. Bellarmine did look, but he could not see.

The Cardinal could not see what Galileo had seen because the geocentric theory of planetary motion was better suited to the theology of the church. To accept a new model would have thrown his world-view into chaos.

Now let’s leap forward in time by 350 years. It was 1957, and the social psychologist Leon Festinger had just published his seminal work on cognitive dissonance, which explained how psychological discomfort is bred when a new idea comes in conflict with entrenched beliefs. When that happens, we employ one of three strategies to reduce the dissonance.

The first strategy is to accept the new idea as a better model. But that can be painful, especially if the old idea is hardwired into our psychic. The more insistent our inculcation into a world-view, the more resistant we become to a counter idea. Try singing the virtues of ham and eggs to a committed vegan; you’ll hear the cries of protest from here to the produce bins.

The second strategy is to discredit the new perspective as unfounded or illogical. Proponents of this strategy will ignore the credibility of the new idea and tenaciously cling to the traditional model—just as Cardinal Bellarmine wrongly clung to the idea of a geocentric cosmos. In today’s world, even though ninety-seven percent of all climatologists affirm that climate warming is driven by human activity, laypeople are not so sure. Only 50 percent of American adults agree. To justify their stand, the doubters quote the small minority of scientists (or, more often, right-wing pundits) who pan the existence of global warming.

The third strategy is to discredit the advocate of the new idea—a tactic that is exploited on most vitriolic and divisive television and radio pseudo-news programs. Although attacking the messenger is an ad hominem fallacy of logic—for a person’s character does not alter the content of the argument—the strategy is glibly applied by a broad range of fuzzy thinkers, including the ever-popular shock-media celebrities.

More personally, responding to cognitive dissonance by vilifying the message or the messenger can quickly damage a relationship.

When I was twenty-five-years old, I took a three-year leave from the United States. I lived in Grenoble, France for a year where I studied French.  Subsequently I taught English as a foreign language in a mountain village high school in Algeria for two years. Before departing for France, I explained my plan to my father.

While I gushed about the escapades to come, I could see my father’s face slowly turn to an ashen shade. “Why would you want to do that?” he asked.

“Why wouldn’t I?” I shot back. “This is a chance of a lifetime. I’ll learn a new language. I’ll live in two distinctly different cultures. I’ll see the United States from a new perspective.”

“But what about your career?”

“You’re already an established high school teacher. Why mess with that?”

“Because I want more. I want to see the world.”

“Listen to me Son, I was in Algeria during the big war. It’s filthy. Believe me; you don’t want to go there.”

“That is your view. But can you see my view?  Can you see how exciting this is for me?”

“No, not really. What I see is how you’re screwing up your life.”

The conversation went on like that, but you get the idea. My father was blinded by his own history. He could not see my vision because his point of view was filtered by his own experiences: the great depression, World War II, and the ethic of company loyalty. I understood the pain of my father’s cognitive dissonance—a concept that I wisely kept to myself—but that understanding did not lessen my disappointment. Dad was simply incapable of sharing my enthusiasm for a new adventure.

What should we learn from all this?

Be mindful of humankind’s propensity for creating blind spots. It is difficult to hear the truth when we are so intensely indoctrinated by rules, mandates, guidelines, and traditions—all the lessons shouting incessantly in our ears.

But there is a civil technique that helps. When my impulse is to ignore, reject, or disagree with what someone is saying—and when I’m being really good—I seek to understand. At the end of understanding, I may still largely disagree with the speaker, but I have gained two valuable benefits: I have validated the speaker’s right to an opinion (an approach that protects the relationship), while giving myself the chance to expand my world-view, if only by a skosh.

I’ll conclude with a warning. There is a danger in creating too much cognitive dissonance for others, especially when challenging the ideology of an establishment. For people in power, it is easier to discount the messenger than accept the message. Galileo was silenced after sharing his findings with the Catholic Church, his books banned by the Inquisition until 1718, seventy-six years after the scientist’s death. Ironically, Cardinal Bellarmine—the erroneous defender of the old-world order—was canonized in 1930. Of course, Galileo was right, but at what cost?    Galileo’s life raises an important question for us all: Would we rather be celebrated for favoring fantasy or condemned for advancing reality? There is a risk to the latter—to be cast as a troublemaker.  However, the upside is to live the life of an independent thinker—one who makes decisions based on solid evidence and not on dogma, popularity, or incessant inculcation.  Like Galileo, such autonomous thinkers look through the telescope of knowledge and say with a trembling voice, “Yes, I see it. I see.  What an incredible universe!” 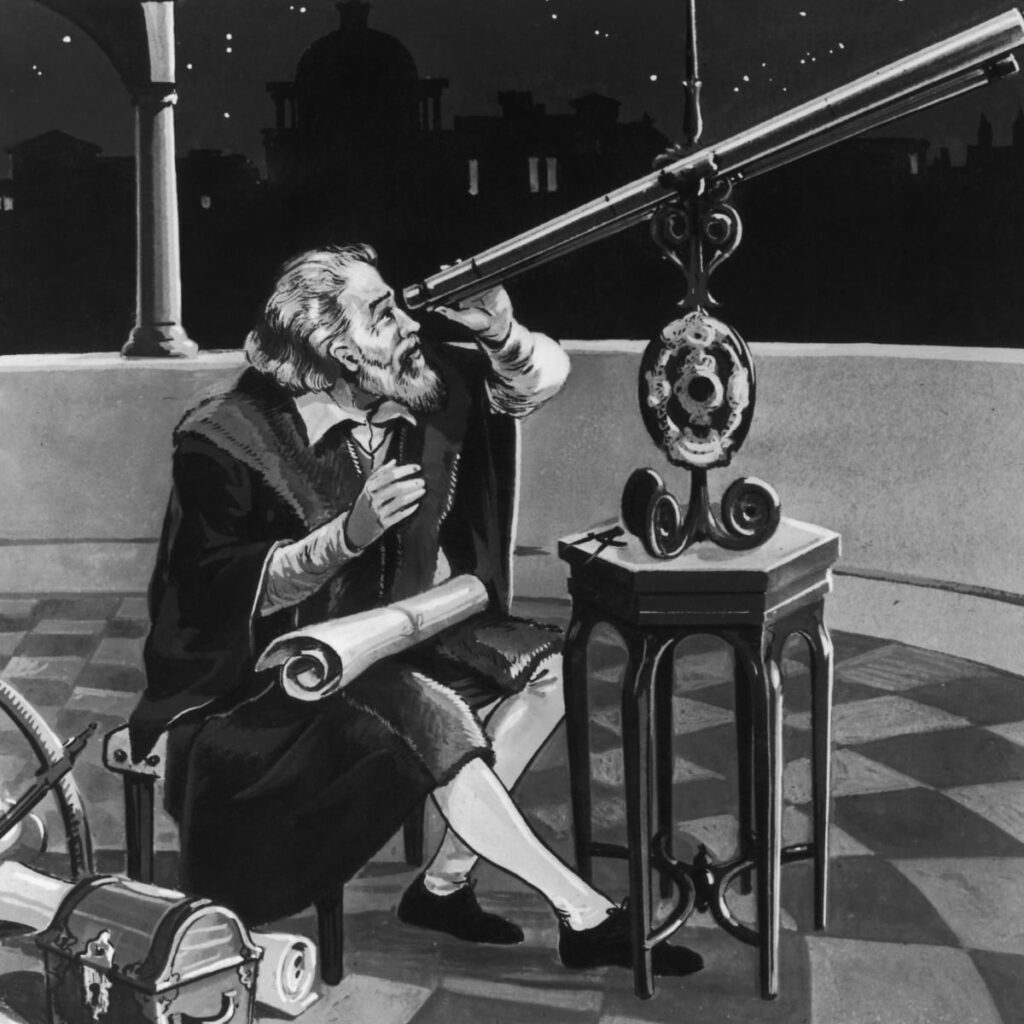