On the Power of Bouncing Sideways

I was not a good student in grammar school. My report cards from Emerson Elementary were peppered with only Cs, Ds, and a few Fs. It was my fifth-grade teacher, Miss Byrne, who wrote, “Allen always turns in neat papers. He should spend a bit more time checking them for mistakes such as spelling errors.” That’s like saying, “He’d be a nice boy if he didn’t set ants on fire.”

But I was never bothered by poor grades. I had my eye on becoming the next Jim Brown, the greatest football player of all time.

It was a silly notion. As a seventh-grader, I was five-foot even and weighed one hundred pounds. If I stood sideways and stuck out my tongue, I looked like a zipper. Still, I earned a halfback spot on the JV team for McLoughlin Junior High School.

Then it happened. We were running a scrimmage with full pads. The play was called, and the quarterback jammed the ball in my gut. But the gap between the tackle and guard was rudely filled by the biggest, fastest, and strongest lineman on the squad. He looked like a shadowy phantom for his mass eclipsed the setting sun.

If I had known then what I know now, I would have bounced sideways to avoid the terrible hulk. But that evasive tactic had never been mentioned by our coach, Mr. Stapler. So, I slammed directly into the beast, or rather he into me.

I did not see stars; I saw constellations.

At that very moment—no, that very nanosecond—I had a life-changing epiphany. Flat on my back, with my chest concaved, my eyes still twirling, I said to myself, “I . . . am going to be . . . a scholar.”

But it’s one thing to say you’ll do something; it’s quite another to actually do it. Somehow—through ego or grit or divine intervention—I followed through.

From that day forward, I carried my books home and, first things first, marched to my room to do my homework. I followed that routine month after month, year after year.

There is a saying: “When the going gets tough, the tough get going.” That may be true for some. But for me, the answer was bouncing sideways to find a gap where I could bust through and drive for the goalposts. I would never be a great football player; I neither had the frame nor the agility. But I did have a dream, a decent brain, and the resolve to chip away at the challenges—flake by flake. And that knowledge has made all the difference.

Finally, lest you think this story pretentious, I freely admit my success is meager in the grand scheme of things. After all, I’m a rather insignificant pollywog in the sea of humanity. But that’s not the point. The point is finding the right gap—one that allowed this pollywog to become a full-grown . . . frog.

ABOUT THE IMAGE: This Who’s Who Among Students photograph was taken in 1968 for the Northwest Nazarene College annual. The trophies were garnered for my intercollegiate wins in oral interpretation and public speaking. The image of the old man in the beard is a portrait of me as Shylock in NNC’s production of Shakespeare’s Merchant of Venice. 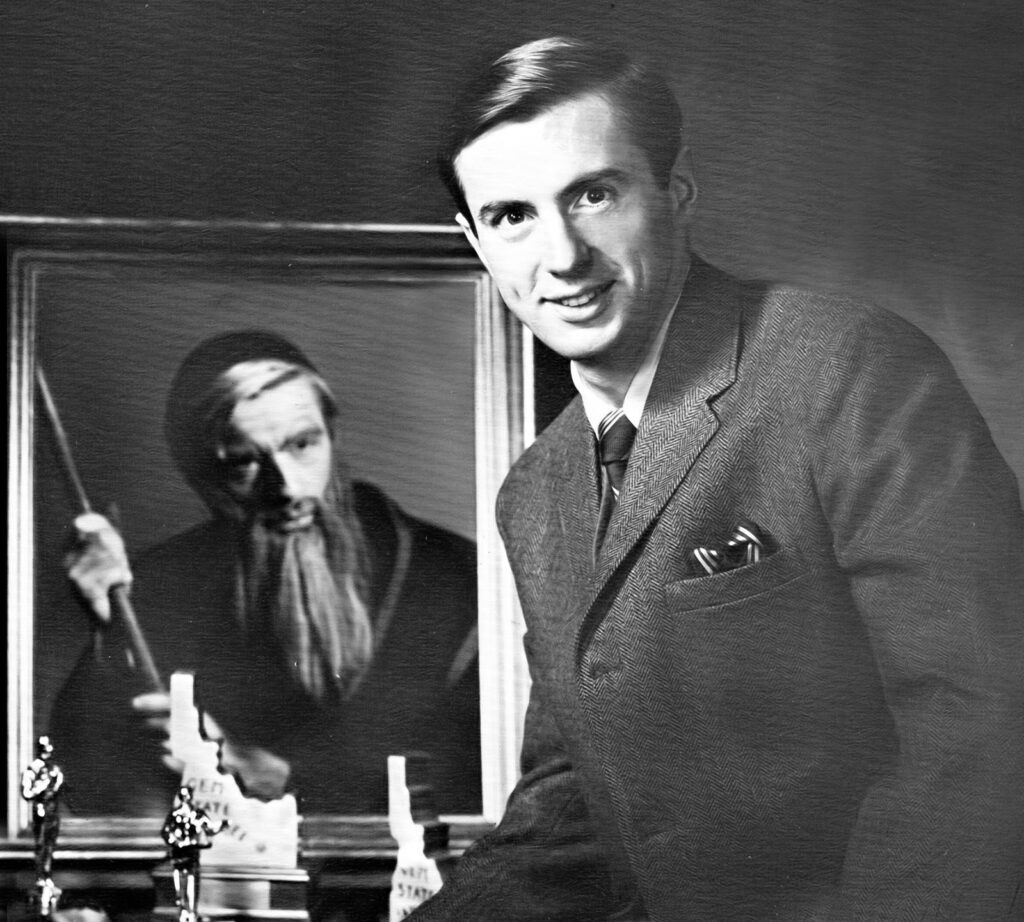