Nothing to Prove, Everything to Lose

The boy knew nothing about love. How could he? He was only twelve years old. But he was sweet on the girl with red hair, a button nose, and a dusting of freckles. He was shy about his feelings. In fact, he wasn’t sure what he felt. But his gut flared when he saw her, like the sensation of falling from the summit of a roller-coaster ride.

It all happened on the first week at junior high school—a time when seventh-grade boys needed to prove they were bright enough, tough enough to make it in a school that looked more like a prison block than an institution of learning. Mostly, they didn’t want to do anything stupid.

On that first week, the boy mustered the courage to ask the redheaded girl to have lunch with him on the bleachers that overlooked the football field.

“That would be nice,” she said.

Her consent made the boy’s stomach flutter. The roller coaster had left the station.

The boy chewed on his peanut butter and jelly sandwich, which made his mouth even drier. “Ahbe-buta-bula-ay,” he said.

The redheaded girl tilted her head—perplexed but caring. “I’m sorry?”

The boy gulped a slug of milk and swallowed hard. “It’s a beautiful day,” he said in English.

Because the girl smiled at him, he felt forgiven and not entirely dopey. He put his sandwich away and, after careful plotting, reached for her hand. It was a timid move, but it meant everything to him. And yet, once he held her hand, he had no idea what to do with it. Because it was a warm day, he felt his sweat mingle with hers. Soon, their hands made squidgy noises like fishermen in rubber boots. What to do? He worried what she might think if he slipped his hand from hers. Would she judge him infantile—dull-witted and lacking in courage and charm? It was all true, but would she think it? So many questions. Dang, girls were complicated.

He turned his gaze to the football field. Some boys were playing chase. That’s when the idea hit him. He was fast. In sixth grade, he could outrun any kid in the city. I’ll show the redheaded girl how fast I am. I’ll be somebody: the fastest kid in school. Then she’ll be my girl forever.

Now he had a reason to release her hand. “I’ll be right back,” he said as he scrambled down the stairs and onto the field. He swaggered as he watched the boys watching him. Then it happened. They started to move toward him—slowly at first, then with a jackal intent.

The chase had begun. The boy was fast enough to slip their tackles, and he felt cocky and proud. He was a rocket, the wind raking his hair back like victory pennants. He glimpsed at the girl who was watching with big eyes. Then—boom­­—a kid blindsided him. He lay flat on his back—pommeled, pinned, and appalled.

Boys don’t always know what to do when they down a prey. But a snarky half-man, surely a ninth grader, did not hesitate. He unbuckled the boy’s belt, stripped it off like a whip, and tugged on his pants. Although the boy flailed, the rest of the gang circled like a murder of crows and clawed at his jeans until they pooled at his ankles. Then they took flight to expose their villainy.

There he lay for one horrible moment in the middle of the football field—his pants swaddling his sneakers. On a glance over his shoulder, he spotted the redheaded girl, who appeared ghostly through tear-blurred eyes.

Running the gauntlet was reckless and foolish, and the boy knew it. The lesson was burned into his brain: He had nothing to prove when he was real and everything to lose when he was false. It was a childhood awakening with a moral that endured for the rest of his life: to connect with others, be honest, humble, genuine. Tell them who you are, not who you wish to become.  And, oh yes, remain prim and proper with pants in place—always a good idea.

EPILOGUE: If you’re wondering, the redheaded girl never spoke of the spectacle—or anything else for their roller-coaster ride came to a grinding halt.

As for the boy, he’s full-grown now and almost free from shame. And just because we’re friends, I’ll let you in on a secret. I’m the boy who lost his head and his pants and the redheaded girl who got away.

« PreviousPeople Are Not So Strange, Just Calibrated Differently
Next »We Are All Ambassadors for Our Country
Back To Stories 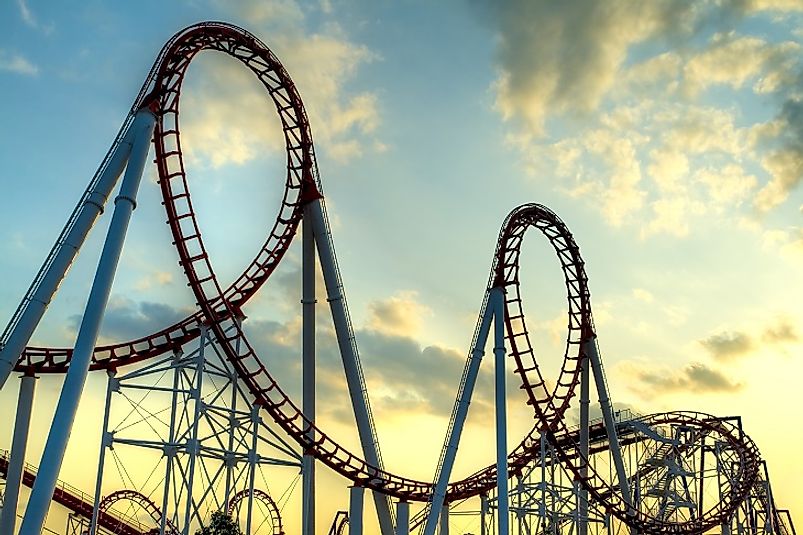