I love books, but far too often my passion is thwarted. I always hope that I’ll fall madly in love with the next book—that she will caress me, tease me, devour me. Frankly, that seldom happens. More often than not, she slips away in the middle of the night, leaving me singing the blues: “The thrill is gone . . . .”

But not this time. This time I read a book that lingers. It was a book that Barack Obama included in his list of ten essential reads. I wholeheartedly agree. The book is entitled Sapiens: A Brief History of Humankind by Yuval Noah Harari, a brilliant professor of history at Hebrew Jerusalem University.

Harari’s ideas are abundantly diverse, but for now, I’d like to share his thoughts on happiness from the book’s penultimate chapter. The author describes three current roads to happiness.

The First Road to Happiness: Biochemistry

According to Harari, biologists now know that people carry a measurable range of serotonin, dopamine, and oxytocin. Some people have more of these pleasure-inducing chemicals coursing through their bodies, while other hapless hosts have less. So, if we were to scale happiness from one to ten, your perky spouse might bounce around the homestead with a score of eight, while you are doomed to the drudgery and doldrums of a score below five. Perhaps you know couples like this: a cheery, optimistic wife and a dreary, pessimistic husband, or vice versa. Winning the lottery will generate little pleasure for a low-chemistry person, whose only option may be to load up on Prozac, which boosts the level of serotonin.

So, in the end, your level of happiness may be a roll of the DNA dice. You are either born happy or miserable.

The Second Road to Happiness: Meaning

Finding meaning in life is the second road to happiness. As Nietzsche said, “He who has a why to live can bear almost any how.”

But Harari is not crazy about this idea. In fact, he suggests that it’s all delusional. He points out that our medieval predecessors were deluded when they found meaning by building cathedrals and marching off to Crusades to ensure a happy afterlife. But twenty-first-century sapiens are no less delusional—all frenetically spinning their behaviors into meaning. A soldier declares he is going to war to secure democracy; a capitalist asserts that her enterprise will improve the nation’s quality of life; a scientist trumpets that his research adds to the library of human knowledge. Harari suggests that all of these intrinsic claims are embraced only because they synchronize with the prevailing societal delusions.

Harari finishes by reciting the Buddhist idea that happiness is only derived by extinguishing our cravings for feelings or achievements. Just as one cannot hold back ocean waves, we are defenseless against the tide of emotions—anger, joy, ennui, pride. The Buddhist releases any attachment to emotions—to any fantasies about what could have been or hopefully become. Peace is the outcome when emotional and material cravings are finally forsaken.

Inspired by Harari’s treatise, I found myself reflecting on a possible fourth road to happiness. This is purely anecdotal evidence, but it seems to me that I am most happy when I am lost in the moment—when I lose track of time. Perhaps I’m deluding myself or, equally possible, the lucky recipient of large doses of serotonin, but I routinely find myself in a state of timelessness. I have felt it while keynote speaking, mountain climbing, and engaging in deep, intimate conversations. But it most often happens when I’m creating—playing the piano or painting or writing. I start in the morning, and the next thing I know, it’s lunchtime. Drawn into the moment, I’m oblivious to the passing of time. But when I have finally awakened, I have a sense of peace. It makes me wonder if I have tapped into a Buddhist nirvana without the benefit of meditation. Could that be possible?

I don’t think this fourth idea is limited to traditional forms of creation. Recently, Todd, a master plumber installed a saltless water softener in our home. It was no easy task. It required three valves and a dozen joints. But his job was seamless, dripless, flawless. When I admired the work, the plumber stepped back, placed his hands on his hips, and said, “You know, Allen, I think of my work as plumbing artistry.” He was right: it was artistry. And, in support of my theory, he added, “Occasionally, time passes in a flash—and that’s good.”

Maybe this is why I loved reading Sapiens so much. I lost track of time for hours on end, and that’s good too. 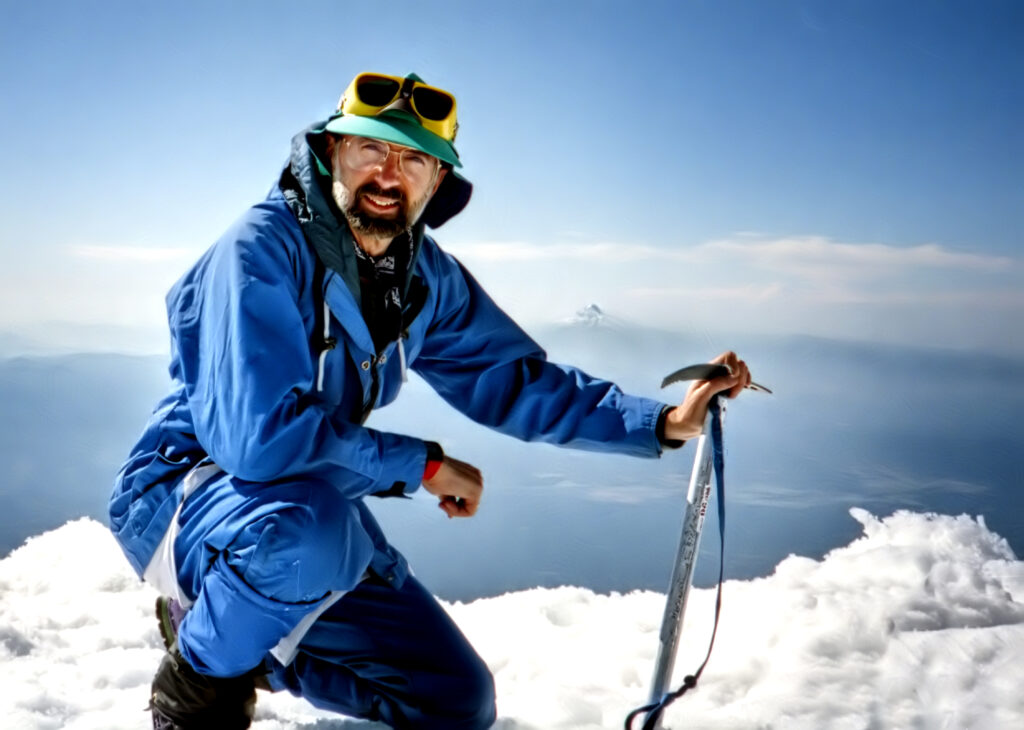