Death in the Afternoon

I almost died. My near-death experience had nothing to do with raw courage, daunting challenges, or pitting myself against bad guys with swarthy complexions and facial tattoos. It was more pedestrian than that and perhaps dumber than the long list of dumb things I have done in my life.

After lunch, I often settle into my favorite chair and watch a movie. To enhance the flavor of the film I’ve been known to pop an Atomic Fireball into my mouth and let it slowly dissolve as it burns the inside of my cheeks. I love Atomic Fireballs. It is the only thing I know that gives me such sustained pleasure (yes, even more than what you’re thinking about right now).

So, I sucked the Fireball into my mouth maneuvering the orb left and right to avoid burning a hole into the mucous membrane, which is called the stratified squamous epithelium (a termed I retained from my college biology class because the words sounded so comically pompous).

But then, as it often happens after a filling lunch, my eyes became heavy. In fact, now that I think about it, I’m not sure I’ve ever seen a post-lunch movie from beginning to end in the last ten years.

When I awakened, I was gasping for air that would not come. I had inhaled the Fireball into my trachea.

Science lesson: In adult males, the trachea diameter is .6 to .8 inches. I’m a slender guy, so I suspect my windpipe is on the small size. An extra-large Fireball (the only kind I buy) is .8 inches—the perfect size to lodge in the trachea, especially after the surface has been sucked smooth.

I was on my feet before the second failed attempt to inhale. I did not see light at the end of the tunnel; my life did not flash before my eyes. I was too preoccupied for that. I was searching for a chair that would serve as the blunt end of the Heimlich Maneuver. As my eyes scanned the room, I started hacking like a cat expelling a hairball. One, two, three times. Then the Fireball spewed out of my mouth. I was glad it hit the floor and not a window for it might have shattered the glass, which would have been hard to explain to my insurance agent.

I stood there for a long moment, my hands on my knees, trying to recapture the meaning of life when, in my gluttonous way, I considered poking the partially dissolved Fireball into my mouth again. I did not—but only because no one knows what manner of microbes languish in the trachea. Instead, I galumphed to the kitchen sink like a wounded soldier and barked up the remaining mucous and cinnamon slime that coated my windpipe.

My wife, Nita, was now    standing beside me, hovering like a helicopter mother, asking if I would like some hot broth.

I said I would, and it was good. (No one nurses as lovingly as Nita.)

That’s my story. Although my throat was raw for the rest of the day, all was well by morning.

Now I must decide how to stay awake during the twenty minutes it takes to dissolve a cinnamon orb because, although death was an ugly fellow, I just cannot give up my Atomic Fireballs.

« PreviousIn Search of Self
Next »In Defense of Doubts: Part II: In Search of God
Back To Stories 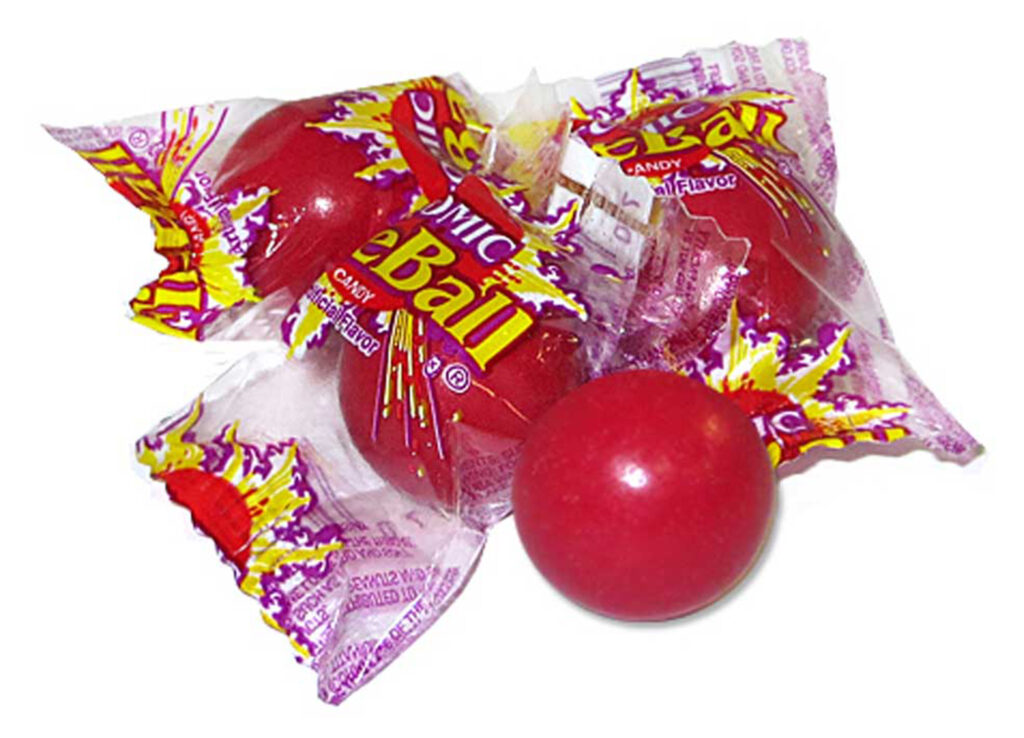